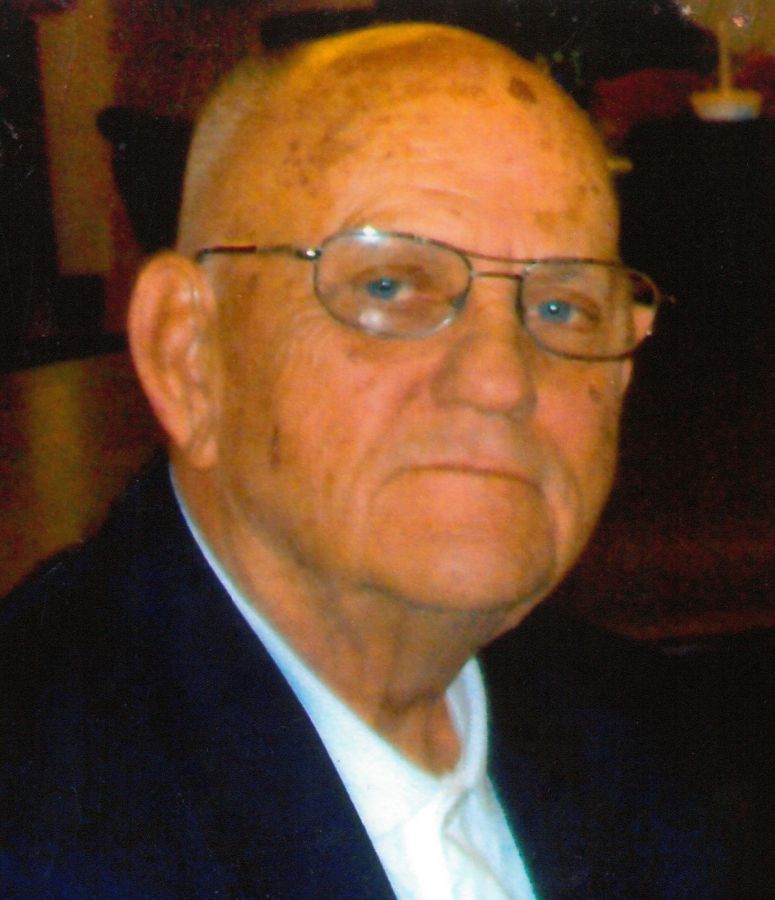 J.J. was born on February 13, 1931, in Marshalltown, IA, the son of Leo Johnson and Marie Sewell Johnson, and was the second youngest of 10 children. He attended Marshalltown High School where he lettered both as a clarinet musician in the marching band and as a football player--taking home the state championship in 1947. After graduating, J.J. met the love of his life, Elizabeth "Bessie" Johnson, on a blind date. Three months later, on July 26, 1952, they were married. J.J. and Bessie began their family shortly thereafter and had six children together. Over the course of his career, J.J. spent time working on the railroad, at Marshalltown Instruments, as an agent at AAA Insurance Co., at Farm and Home supply, and as a carpenter at his namesake J.J. Johnson Carpentry. J.J. worked hard for his family, also serving in the United States Army. He was honorably discharged in October 1963. In retirement, J.J. worked as a childcare provider with "Bessie's Daycare," which he operated with his wife out of their home. J.J. found joy in sitting on the deck with Bessie and watching the birds in the birdhouses he built. Over the course of his life, J.J. authored more than 1,500 poems and 13 children's books. You may recognize his name as the frequently published author in the Times Republican's Poetry Corner whose poems made you laugh, shed a tear, or simply sit back and think. J.J. and daughter Julie started a poetry club at Hoglan Elementary School, at which he regularly read, fostering a love of language among the students. J.J. loved making pancakes at daughter Julie and Janet's schools. Even up until J.J.'s final days, he will be remembered by all for his quick wit and his sense of humor. When J.J. reminisced about his life, he would often end by saying, "and I wouldn't change a thing!" May we all honor J.J.'s life and beautiful mind by living our own with a similar sense of constant comedy, relentless curiosity, and harmonious resolve.

We will miss you
Our prayers are with the family

So sorry to hear of Uncle Jerry’s passing. I so much enjoyed our conversations and his love for my Granpa Don. He will be missed.

I will miss your poems and friendship we had over the years. Rest in peace my friend.

He was the greatest uncles I could of had .i loved him dearly always called me sissy every since I was 3years old .the greasiest poem writier ever god bless you uncle jerry

The attached photos are added to the memorial of Gerald Johnson 08/07/2019 to help share their legacy.

Please help memorize Gerald Johnson 08/07/2019 by recording your attendance below.

Thank you for sharing your memory of Gerald