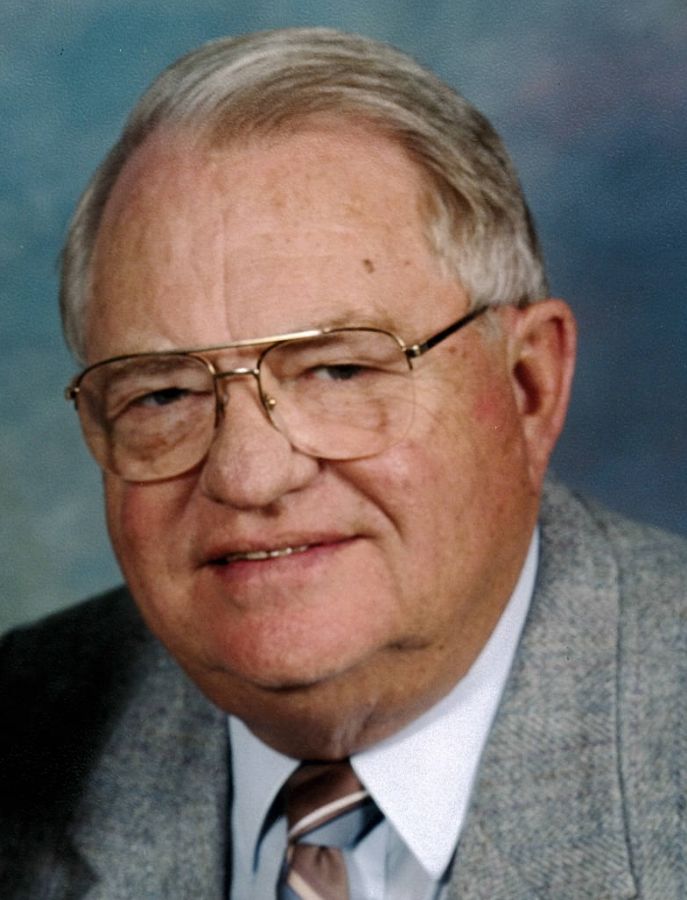 Alvin "Ray" Farr, 88, of Fond du Lac, WI, formerly of Marshalltown, IA, passed away on Tuesday, September 24, 2019, at Harbor Haven Rehabilitation Center. Visitation in Wisconsin will be 4:00 p.m. to 7:00 p.m., Monday, September 30, 2019, at Kurki-Mach Funeral Chapel & Crematory, 31 East Division Street, Fond du Lac, WI. Funeral services in Wisconsin will be at 7:00 p.m., Monday, September 30, 2019, at Kurki-Mach Funeral Chapel & Crematory, with Rev. Jack Harrison officiating. Funeral services will be 12:00 p.m., Wednesday, October 2, 2019, at Anderson Funeral Homes in Marshalltown. Dr. Rev. Rich King will be officiating. Visitation will be 10:00 a.m., until the time of the services, at the funeral home. Interment will be at Rose Hill Memorial Gardens in Marshalltown. Online condolences may be sent to www.andersonfhs.com.

Ray was born on March 2, 1931, in Laurel, IA, to Ray and Martha Johnson Farr. On April 26, 1951, he married Carol Beaty in Marshalltown. She preceded him in death in 2000. After graduating high school, Ray served in the United States Marine Corps from 1951-1954 in California. He started his career by running a school with his brother, Bob, teaching telegraphy in Marshalltown. He took the call to become a trainmaster in Mason City, IA. He and the family moved several times throughout his career including Green Bay, WI, Fond du Lac, WI, Chicago, IL, Cedar Rapids, IA, and retired in Fremont, NE, in 1990. His life revolved around the railroad. After retiring, he and Carol moved back to Fond du Lac, WI. Ray became a member of the First Presbyterian Church and attended services often because of the positive fellowship he found in other members. Another important part of his life was supporting the Noon Kiwanis by running committees, grilling at Walleye Weekend, and helping or selling tickets for Pancake Day. There was a running joke that you should run when you see Ray because you know he wants money or door prizes. He also volunteered at EAA as a docent guide. Some of his hobbies and favorite activities were traveling, fishing, playing cribbage, golfing, having coffee with "The Boys" at Hardee's, shaking dice at 3 Aces, and taking an occasional trip to Green Bay for "lunch". He also enjoyed watching baseball, golf, and football. For those who knew Ray well, it was obvious he was a steadfast, humorous, caring, and a fiercely independent man. The whole family would like to especially thank the nursing, therapy, and food staff at Harbor Haven for helping him feel at home in his final days.

The attached photos are added to the memorial of Alvin Ray Farr 09/24/2019 to help share their legacy.

Thank you for sharing your memory of Alvin