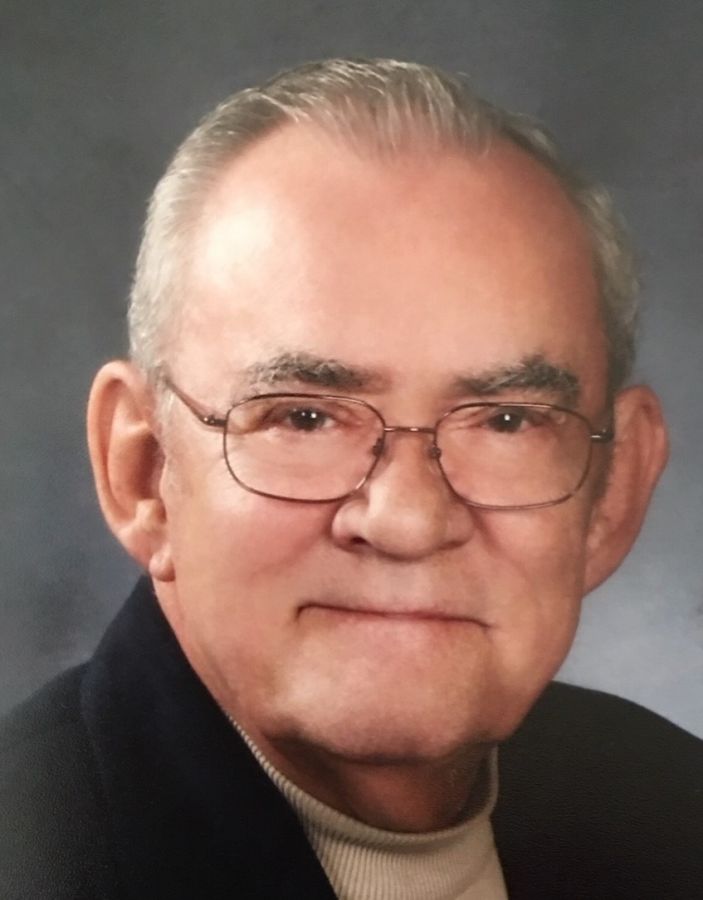 Warren W. King, 83, a life-long resident of Conrad, IA, passed away November 6, 2019, at the Oakview Nursing Home in Conrad, surrounded by his family and under the care of Hospice Compassus. Funeral Services will be 2:30 p.m., Monday, November 11, 2019, at the Conrad United Methodist Church in Conrad with Rev. Gerry Kahler officiating. Visitation will be 12:30 p.m., until the time of the services, at the church. Interment will be in the Conrad Cemetery in Conrad, with refreshments and fellowship to follow at the church. Arrangements have been entrusted to the Conrad Chapel of Anderson Funeral Homes. In lieu of flowers, memorials may be directed to the Warren King Memorial. Online condolences may be sent to www.andersonfhs.com.

Warren Wilson King was born on October 15, 1936, to Walter Woodrow (Woody) and Vida (Wilson) King in Marshalltown, IA. He was raised in Ferguson, IA, Lone Tree, IA, Cheyenne, WY, and San Francisco, CA. In 1947, the King family moved to Conrad and Warren graduated from Conrad High School in 1955. He then attended the American Technical School in Des Moines, IA, in 1956 and 1957. Warren was united in marriage to the love of his life, Dorothy (Sharp) King, on February 14, 1958, at the Little Brown Church in Nashua, IA. Upon graduating from tech school, Warren opened D & W Radio & TV, along with partner Dick Frederick. Over the years, the business evolved into D & W TV & Appliance, as wife Dorothy later took on the role as bookkeeper for the business. Warren served the Conrad area for 30 years with sales and service of RCA TV's and Whirlpool Appliances. He also served his community in numerous roles over the years being a main street businessman. In 1987, Warren joined the staff at the Iowa Veterans Home in Marshalltown in the maintenance division until his retirement in January of 1999. Over the years, Warren and Dorothy traveled the world in the company of numerous friends and family, but always considered Conrad the best place to be. Being an avid fisherman and hunter, many of the couple's travels took them to Moose Lake, again in the company of loved ones and dear friends. Warren was loved for his sense of humor and many practical jokes that family and many friends will long remember. Warren and Dorothy were avid BCLUW Comet fans while their children and grandchildren attended school and in the years to follow. He also loved spending time with his eight grandchildren and always considered himself very blessed to have experienced the births of five great grandchildren in his lifetime.

We are so saddened to hear of the death of our long time friend and guest. Warren and Dorothy came to the Resort for years and are truly missed by us and all the guests who came to know them Our prayers and thoughts are with all of you. John, Wendi & Family, Moose Lake Resort

I'm so very sorry to hear of the death of your father, Janelle & Jeff. I have wonderful memories of your dad working on our tv's. He was just a fun man to have around. And I learned something new - I though the D & W TV stood for Dorothy & Warren. You dad lived a great life. I'll be praying for you during these difficult holidays. God be with you.

I met Warren&Dorothy at Moose Lake in Deer River , Mn,in1996 and they became my friends. I looked forward to seeing them every year. Warren became my mentor when it came to fishing musky at Moose lk. I will always remember Warren& Dorothy,it was am honor and a,privilege to call them my friends. Good fishing my friend! Ted Tuscan , Roselawn,Indiana.

So sorry to hear of Warren's passing. My thoughts and prayers are with you.
Peggy

The attached photos are added to the memorial of Warren W. King 11/06/2019 to help share their legacy.

Thank you for sharing your memory of Warren