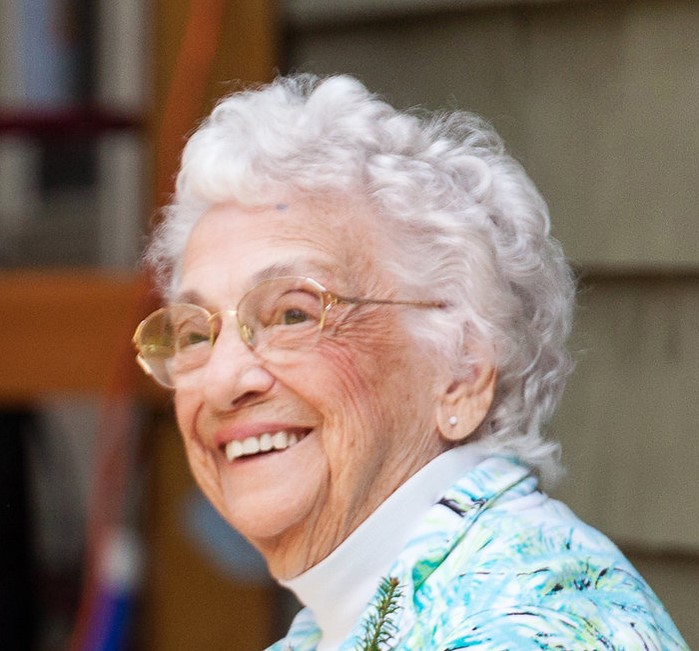 Lorraine Pille, 99, of Marshalltown, IA, passed away Tuesday, November 19, 2019, at the Iowa River Hospice House in Marshalltown of natural causes. Mass of Christian Burial will be 10:30 a.m., Saturday, November 23, 2019, at St. Francis of Assisi - St. Henry Catholic Church in Marshalltown, with Father Michael McAndrew officiating. Visitation will be 9:30 a.m., until the time of the services, at the church. Arrangements have been entrusted to Anderson Funeral Homes in Marshalltown. In lieu of flowers, memorials may be directed to St. Francis of Assisi - St. Henry Catholic Church or Iowa River Hospice. Online condolences may be sent to www.andersonfhs.com.

Lorraine was born January 10, 1920, in Zearing, IA, to Charles Rahfeldt and Isebel Erickson. She was united in marriage to Henry J. Pille on August 21, 1940, in Zearing. Lorraine was a member of St. Henry's Catholic Church. She was employed as a cook for several years in the St. Henry School. Through her 99 years, Lorraine had an abundance of great memories with family and friends. Bowling, fishing, camping, sewing, crafts, and puzzles to name a few. Most enjoyable for Lorraine was playing cards right up to her last few days.

My deepest sympathy on the loss of your dear mother. May your sweet memories of “mom” comfort you in your loss. With love. Lu D’Andrea

I am so sorry I won't be able to come to Lorraine's funeral. Ken isn't doing real well so I think I should stay with him. She was such a delight and I remember her being the lunch lady and so do the kids.
Reta Oetker

It was an honor to be able to assist Lorraine. I enjoyed the moments we had to share. We had an interest at heart. We both crotched doilys. When Joyce found out she brought a Santa Clause decoration in that Lorraine had made. Lorraine and Joyce made decision to give it to me. However when the time came Lorraine said she was going to make another and needed it for the pattern. The look on Joyce's face was unforgettable. We enjoyed the birds from her window when they finally found her feeder she said Good Deal! She talked about her very loving family she raised.
I hope all of her loving memories keep you at peace with happy moments she left each and everyone of you. You are all so blessed. Keeping you in my thoughts and prayers at this difficult time.

Joyce and family
I’m so sorry to hear of your moms passing . I know she had a long life and I am happy she was a part of mine . She was always so sweet to let me stop over and visit with you Joyce when you were in town . May God bless her and your family and know you are deeply loved by me . Vicky (Menzel) Risk

I am so sorry, I wish I had stopped at the Hospice House this morning after going to Mass. She was one of my favorite Aunts, Hope the family was all here. Arlene Stalzer

The attached photos are added to the memorial of Lorraine Pille 11/19/2019 to help share their legacy.

Please help memorize Lorraine Pille 11/19/2019 by recording your attendance below.

Thank you for sharing your memory of Lorraine