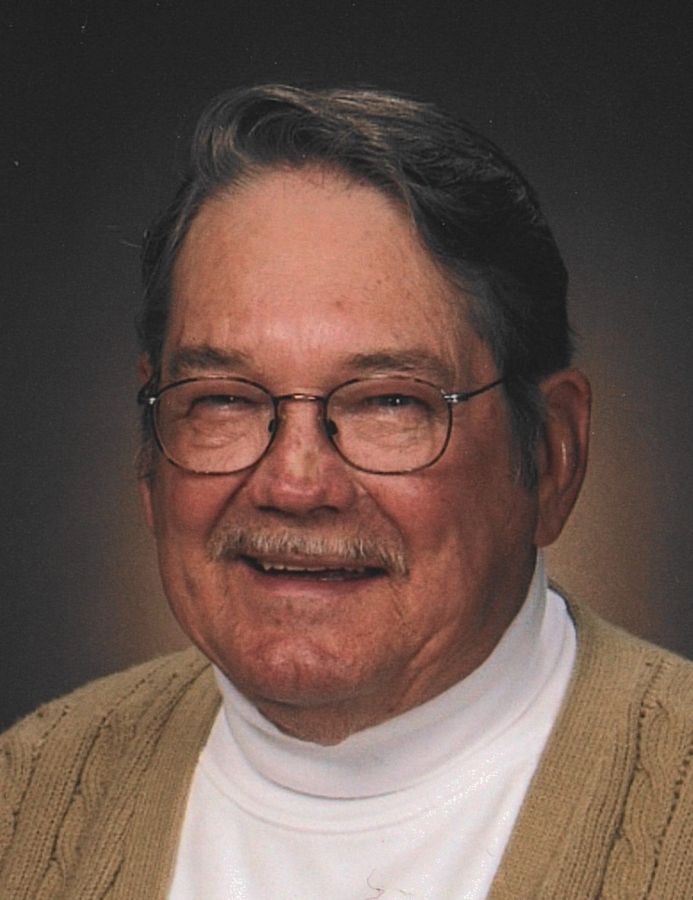 Donald Eugene Ecklor, 89, of Marshalltown, Iowa, went to be with The Lord on Tuesday December 31, 2019 in his apartment. Don left his mortal body while napping in his recliner; he closed his eyes here on earth and opened them in Heaven. This was his fervent prayer. Funeral Services will be 11:00 a.m., Saturday, January 4, 2020, at Anderson Funeral Homes in Marshalltown, with Rev. Kerry Jech officiating. Visitation will be 9:30 a.m., until the time of the services, at the funeral home. Interment will be in Riverside Cemetery in Marshalltown. Online condolences may be sent to www.andersonfhs.com.

Donald Ecklor was born March 30, 1930, to Elsie and Edward Ecklor and was the first born of eleven children. Don graduated from Marshalltown High School. While in high school, at the age of 17 years of age, Don joined the Army National Guard, 34th Infantry of the 5th Army Red Bull, Heavy Mortar Division, and served eight and a half years during the Korean Conflict. His Unit had been called up to be deployed to the Korean Peninsula and had already received immunizations and orders when the Korean Conflict declared a peace treaty. When Don left the National Guard, he had been promoted to Sargent and decorated with a medal for sharp shooting with an M-1 rifle. Don was united in marriage to June Halberstadt for 10 years, with whom he had two children, Diane (Ecklor) Moussalli and Daniel Joseph Ecklor. May 22, 1964, Don married Mary Jane Ecklor who preceded him in death on February 28, 2014. Together they shared eight children and parented them with more love than could possibly be described in mere words, teaching them by example what love truly looks like. Don retired from Kiowa where he worked as a Tool and Dye Machinist and was instrumental in developing a process to help create and increase production, while implementing major safety protocols. Don was also President of the Local Union for Kiowa for a period of time. He was a member of New Hope Christian Church where he participated in the Choir, was a part of the Alive with New Hope group, where he and Mary Jane enjoyed their golden years together. Don enjoyed playing his guitar and singing whenever and wherever he had an opportunity to perform. He enjoyed spontaneous sing-a-longs with his sisters, cousins, and children at family reunions. Don was a creative cook and always enjoyed being in the kitchen helping with meal preparations. He is probably most known for his "never met a stranger" personality, his respectful gentle manner toward all people, and for his deep love and personal relationship with God through Jesus Christ.

I remember Don from when I was a nurse and worked with his wife in a nursing home. Don would come in at supper time quiet often and help where he could. And boy was it a help! Such a kind person with a big heart is what he was. He was loved by many and memories he has left each and everyone who knew him. My thoughts and prayers to the family.

The best memories of my grandpa are such kind eyes, always smiling, and always so loving. Wonderful memories. Love you always. ❤️

He always was wanting prayers for others.

Grandpa I love you so much and I'll miss you greatly. I so wish I could be there for the funeral to say goodbye to you one last time but I sadly don't have the means to travel so far. You will always be in my heart ❤

Sending you all, love, strength and peace....
You’re forever in our hearts....
Sincerely,
Laurie Clingerman Hausafus
And Nick

I loved visiting with him when he came in to the maid-rite. He always called my Sophie. He will be missed. Nancy Hulsizer aka Sophie.

My sincere condolences to the Ecklor family. Remember Don with so much fondness.

Grandpa You will Be Missed By So Many!

The attached photos are added to the memorial of Donald E. Ecklor 12/31/2019 to help share their legacy.

Thank you for sharing your memory of Donald