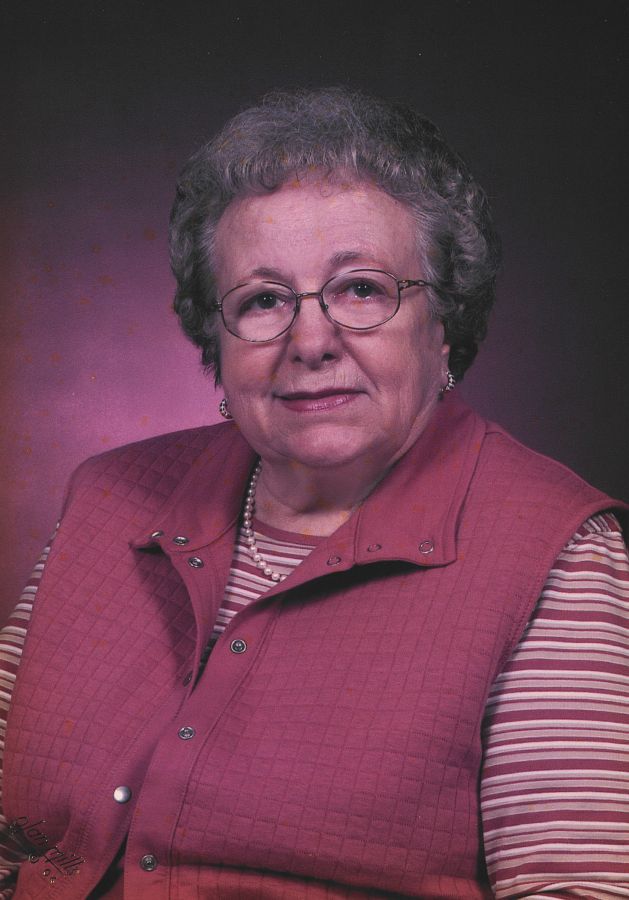 Marlys W. Boege, 89 of Gladbrook, IA passed away Thursday, May 14, 2020 at Westbrook Acres in Gladbrook. A Private Family Liturgy will be held Wednesday, May 20, 2020. Interment will be at Crystal Cemetery in rural Gladbrook. A memorial has been established and will be designated at a later date. Arrangements are entrusted to the Gladbrook Chapel of the Anderson Funeral Homes.

Marlys was born February 1, 1931 to Alfred and Mildred (Wrede) Harmsen in Garwin, IA. She attended grade school in Garwin and later Country School #3 and later she graduated High School in Garwin. During school she loved to play basketball and was a cheerleader. Marlys was united in marriage to Vernon Boege on April 12, 1950 in Garwin. She became a farm wife with all the duties inside and out. Marlys loved dancing, bowling, playing cards and watching any sports her children and grandchildren participated in. Marlys and Vernon loved to go fishing with their friends in Canada. In her later years, she and Vernon delivered Winnebago Motor Homes to their destination around the United States. They enjoyed visiting the different states. Marlys was a 65 year member of the American Legion Auxiliary, lifelong member of St. Boniface Church and Rosary Society.

I am sad for your loss. I always enjoyed visiting with Marlys when I brought her communion.

I was sorry to hear of Marlys death. Mildred was a dear friend and babysitter and our children loved having her, and sometimes Elene would sit with them. They still talk about them. We sold our home in Garwin 2 years ago and moved to Marshalltown but still miss our friends in Garwin. Marlys was a good friend and we will miss her.

I got to know Marlys by having Saturday morning coffee with she and a dozen other Gladbrook ladies. We all looked forward to having coffee and catching up with weekly news. She always had a smile and enjoyed life. We're sill having weekly coffee and soon to be 30 years. Sympathy to all Maryls' family.

So sorry to see this, another one of our St. Boniface family passing away. I remember her work on the Thanksgiving dinners and the discussion of how to make the dressing :). She was a nice lady and will surly be missed. My thoughts are with all of you and prayers for her. Colleen Otto

Thinking of you and your family

The services for Marlys have not yet been added. Please sign up below to be notified when the services are ready.

The attached photos are added to the memorial of Marlys W. Boege 05/14/2020 to help share their legacy.

Thank you for sharing your memory of Marlys