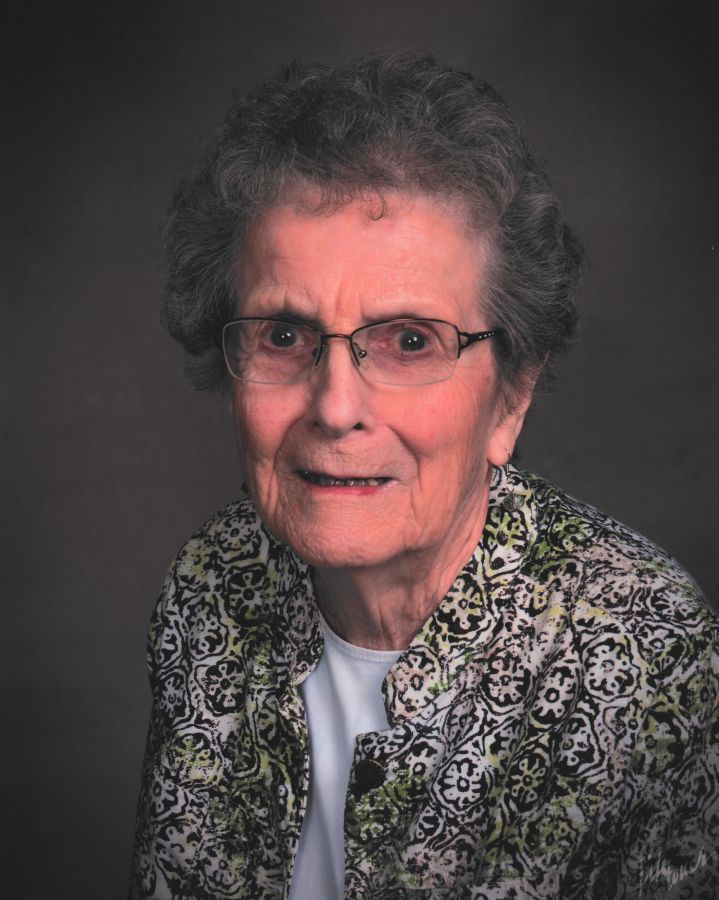 Loretta H. Campbell, 97 of Marshalltown, IA passed away Friday, May 15, 2020 at Southridge Nursing and Rehab in Marshalltown. A Private Family Liturgy will be held Thursday, May 21, 2020. Arrangements are entrusted to Anderson Funeral Homes. Online condolences may be be sent to www.andersonfhs.com


Loretta was born August 8, 1922 to John P. and Mary (Whalen) Hagerty at home in Tama County. She grew up during the depression on a farm in Tama County with two sisters and two brothers. Loretta attended county school and graduated from Tama High School. She was united in marriage to Delbert J. Campbell on January 24, 1948 and lived on the Campbell family farm near Gillman for over 50 years. Loretta was a farmwife. She helped with chores including milking cows, farrowing pigs, and assisting with the cattle and chickens. Loretta raised chickens and sold eggs to Dekalb in Grinnell. Loretta and Delbert had SPF hogs (disease free) which they sold. They had many friends and enjoyed going to dances, fishing, playing cards, and were very active in the American Legion and Auxilary, attending many state and national conventions. Loretta enjoyed cooking, vegetable gardening, and canning. She was an active member of St. Francis of Assisi - St. Henry Catholic Church and the Gillman Legion Auxiliary. Family get togethers were precious to her. They had a winter home in Scottsdale, AZ for nearly 20 years and had many friends there, Her and her husband enjoyed traveling and went on many trips to Alaska, Australia, Hawaii, Ireland, Germany, and numerous fishing trips to Canada. She loved telling stories: especially about Delbert shooting the Iowa moose, her trip to Ireland with her sister and two nuns, and childhood memories.

Linda, so sorry to hear about your mom. I loved her like my own. Spent lots of time at your house. Her and mom were the best of friends. Keeping you in my thoughts and prayers. She still remembered me the last time i stopped. Always talked about some of the experiences we had.

So Sorry to hear of your Mother's passing Linda. She always had such a good disposition and great outlook on life. She lived her life to the fullest. Marilyn Postal

So sorry to learn of Loretta’s passing. She and Delbert were always great friends to the Potter family. I remember Loretta as a true lady, always friendly and generous of her time when volunteering in the Gilman community. Loretta will be missed.
George Potter ( Ira Potter family)

Wishing we could be there for the service. I have many fond memories of Aunt Loretta. In fact, the Christmas tree that we put up in our house each year had been hers and I love that we have that family tie. Every time I would see her she would remind me that she is my dad's Godmother. I love how much that meant to her! Much love and prayers coming your way from Kansas City, MO.

I am so sorry for your loss. My mother, Virginia was always so happy to have the sustained Campbell family ties that Loretta and Del helped to keep going. God bless you all with comfort and peace.

I have so many fond memories of Aunt Loretta. Visiting her and Uncle Delbert on the farm when we were little up to the times of taking mom and dad to see her in her Marshalltown apartment. I will miss seeing her during my excusions back to Iowa. I love you Aunt Loretta! God bless you and your family as they live with the many memories of your lively presence in their lives.
Marilyn Hagerty

Loretta was an amazing lady! We got to know her when she lived in the townhome next to my folks. We all loved her!

Loretta and Pauline spending time in the dining room at Southridge. Unlike all those years of fixing and serving dinners at the Legion Hall, this time they didn't have to prepare the meal. They were great friends for over sixty years, I'm sure they will enjoy each other's company again, along with Delbert and Lloyd.

Thinking of Linda and the family. Jerry Kinder

Loretta what a great gal , she and my mom (Elaine Thompson) enjoyed a lot a good times thru lots of hard work and fun. Your mom was always a get kind person remember her fondly. Mary Jo (Thompson) Smith.

Sorry to hear of Loretta passing. My mother & Loretta were very good friends. She was a great lady. May she rest in peace. Mic Beeler

What a long and blessed life she lived. My mother (Mildred Minor) shared many great stories about growing up with Loretta and her family. May she rest in peace. Chris Zeadow

I’m sorry to hear of your mothers passing! She was an elegant lady and loved her family! I brought her Communion on the first Sunday of the month. She told me she had the best daughter in the world and bragged about her grand children as well. She was a beautiful spirit and certainly loved the Lord. Blessings during this difficult time of isolation! Sincerely Julie Miller 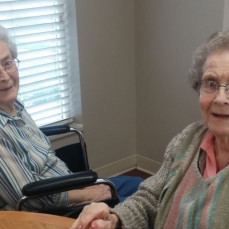 The services for Loretta have not yet been added. Please sign up below to be notified when the services are ready.

The attached photos are added to the memorial of Loretta H. Campbell 05/15/2020 to help share their legacy.

Thank you for sharing your memory of Loretta