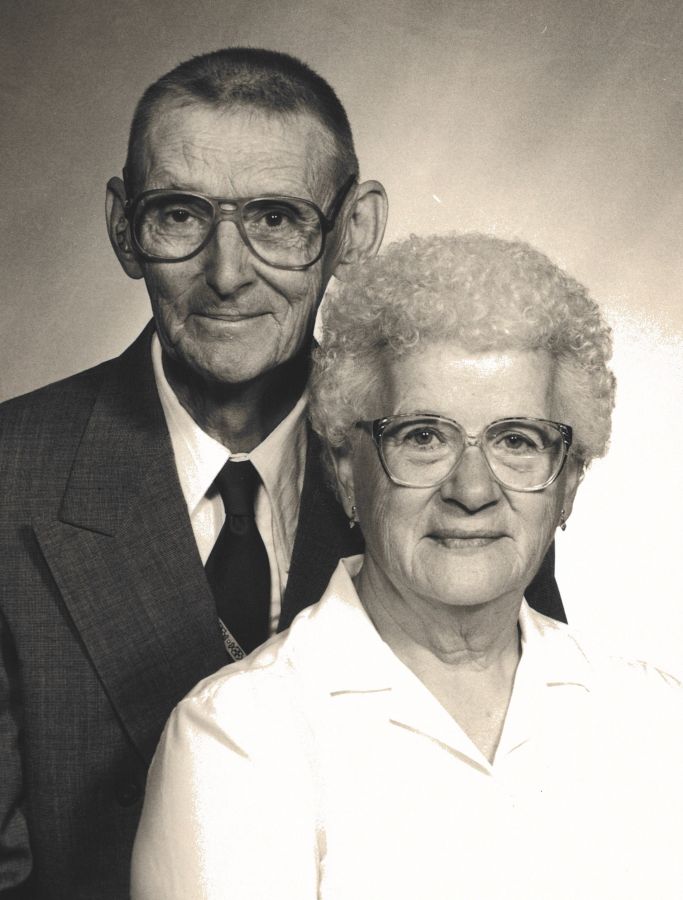 Thelma L. Nablo, 93 of Marshalltown, IA passed away Wednesday, May 27, 2020 at the Iowa Veterans Home in Marshalltown. Funeral services will be 11:30 am, Tuesday, June 2, 2020 at Anderson Funeral Homes in Marshalltown. Visitation will be 10:30 am until the time of the services. Interment will be at Rose Hill Memorial Gardens in Marshalltown. Online condolences may be sent to www.andersonfhs.com


Thelma was born August 3, 1926 to Edgar and Ellen (Johnson) Wallace in Marshalltown. She graduated from Marshalltown High School in 1942. Thelma was united in marriage to Adelbert Nablo on October 7, 1944 in Marshalltown. She was employed with Fisher Controls in Marshalltown as an Assembler, retiring in 1988. Thelma was a member of Hope United Methodist Church, the Red Hat Society, and the UAW. Her hobbies included quilting, reading, crocheting, sewing, spoiling her grandkids, and loving her whole family. Thelma enjoyed traveling, and visited many states and foreign countries. She was an avid sports fan and the highlight of her later years was living to see her Cubs win the World Series.

Dawn, so sorry to hear about your Mom. She was a sweet lady. Love and 🙏, Donna Packer

Our thoughts and prayers are with the family

Connie, So sorry to read about your mother's passing. Thanks for sharing her picture and obituary via Facebook. Our deepest sympathy for you and your family. At this time, our thoughts always center around the reunion in heaven along with the reunion here on earth with family and friends. May God's most choice blessing be with you all.

Thelma had a great sense of humor. I loved her wit. One year we were all together at my house for Thanksgiving dinner and it was a treat for Thelma, Connie, Gary and Jennifer joined our family for a wonderful evening together. Sending love to your family during this time of saying goodbye ❤️

Jim, Mike and family
I am sorry for your loss. Any loss is hard, but two in a month is even harder. You are in my thoughts and prayers
David Thomas

Gary, so sorry to hear of the loss of your mother. Thoughts and prayers with you and your family.
Tammy Eygabroad

Your family is in our thoughts and prayers

Aunt Thelma was always wearing a different , colorful hat that she had knitted whenever I would see her at the store. She had a real talent for her many beautiful knitting projects. Whenever I got a chance to stop in and visit her at IVH, she was so proud to talk about her little Cubs trophy, and how Gary and Dawn made that possible. She was so proud of her family. The birthday parties at the Kopper Kettle were a great chance to reunite and to visit with everyone.

The attached photos are added to the memorial of Thelma L. Nablo 05/27/2020 to help share their legacy.

Thank you for sharing your memory of Thelma