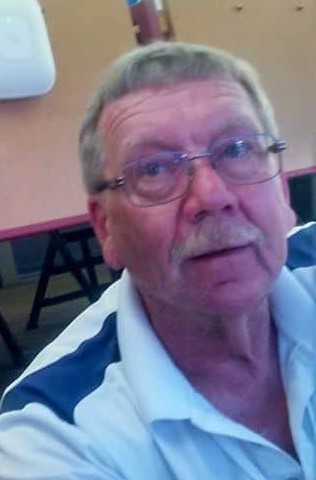 Lanson "Lance" Renaud, 73 of Marshalltown, IA passed away Wednesday, July 29, 2020 at Unity Point Hospital in Marshalltown. Visitation will be held 5:00 p.m. to 7:00 p.m. Monday, August 3, 2020 at Grace Church in Marshalltown. The family request your favorite sports team apparel. Private graveside services will be held Tuesday, August 4, 2020. Memorials may be directed to the Animal Rescue League of Marshalltown where Lance adopted his family of pets that he loved so much. Anderson Funeral homes has been entrusted with arrangements Further arrangements are pending at Anderson Funeral homes. Online condolences may be sent to www.andersonfhs.com

Lanson Lee (Lance) Renaud was born February 8, 1947 in Mahaska County, Iowa. He was one of four children born to Ivan Brandt & Elizabeth Marie (De Jong) Renaud. His siblings are Kevin Lee, Karna Rae & Lorna Rae. His growing up years were spent living on a farm south of Sully, Iowa milking dairy cows as his main chore. He is best remembered by family for the time he was caught practicing his pitching with his mother's eggs against the chicken house wall until his mom caught him! His first year of school was at Chester School, a one room school near Sully. He also attended school in Sully, Lynnville and graduated from Lynnville-Sully High School in 1965. He then attended William Penn College for one year and graduated from the University of Northern Iowa in January, 1970 with a teaching degree in English & Speech. Lance married Leslie Louise Hamilton on June 8, 1968. They have two children, Christopher Lynn and Tamara Lynn. They have one grandchild, Spencer Hamilton Renaud. Lance took his first teaching job at Washington Junior High in Ottumwa, Iowa January 1970 teaching English & Speech and, of course, coaching. Lance had started broadcasting while he was at William Penn College in 1965. Along with teaching, Lance worked as a sportscaster & weekend DJ at KBIZ radio in Ottumwa, Iowa. In 1972, Lance left teaching and joined broadcasting full time. Over the years, he broadcast sports for KTVO in Kirksville, KXOF in Bloomfield & KFJB-KIX in Marshalltown. He retired from broadcasting in 2018, In 2004, Lance was honored with the Iowa High School Athletic Association's Sports Media Award. In 2009, he received the Sportscaster of the Year award from the Iowa Broadcast News Association. Lance was also known for coaching Little League & Babe Ruth baseball for 30 years in Ottumwa, Iowa. He had a real heart for coaching kids. His players meant so much to Lance and many have reached out with memories of their time with him in the last few days. He also spent over 40 years umpiring baseball, softball, basketball and football. In fact, he umpired his last game just last week. Lance's priority was always fairness and knowledge of the game. In broadcasting and in umpiring Lance's most important professional values were fairness and neutrality. He always kept the emphasis on the experience for the players. But Lance's heart was first for his own children. He was extremely proud of his children. Son, Chris, graduated from the University of Iowa with a Master's Degree in Film Production and is an Associate Professor of Film Production at the University of West Georgia in Carrollton following in his father's footsteps as a teacher. Daughter, Tammy, has a Master's Degree in Psychology from the University of Texas in Houston and an Occupational Therapy Degree from the University of Texas Medical Branch in Houston. She works as a Pediatric Occupational Therapist for River Kids in Round Rock, Texas. Tammy is also known for her work in Animal Assisted Therapy having inherited Lance's great love for animals. Lance had two children with very interesting professions to follow and Lance did. Tammy has a son, Spencer, whom Lance loved to talk about to anyone who would listen! Lance had one important piece of advice that he continually shared with his kids--don't forget to change the oil!  Though family and sports were the biggest part of Lance's life, he loved his many pets over the years many of whom were brought to our house by our children. We sometimes referred to "Tammy's Placement Bureau". In retirement, he enjoyed reading sports & history books and watching the Weather Channel. Leslie thinks he always fancied himself a weatherman. He enjoyed the monthly Sunday night dinners with his siblings catching up on family news. Lance may have grown up on a farm but he never really became a farmer. This can be attested to by Leslie as every year Lance would plant his tomato plants in July in the shade and wonder why he didn't have tomatoes. Lance enjoyed spending time in the summer with Spencer visiting from Texas. Lance was a great lover of animals and spent endless hours in retirement with his dog and cats. Lance had too many friends to even begin to count and it seemed that everyone loved him.

Lance is survived by his loving wife, Leslie, his children, Tammy Renaud and Chris (Dawn Goodwin) Renaud his cherished grandson, Spencer, his siblings, Kevin (Marla) Renaud of Pella, IA, Karna (Doyle) Ver Ploeg of Lynnville, IA and Lorna (Jerry) Elscott of Sully, IA, a brother in law, Larry Hamilton, and a sister in law, Linda (Mike) Van Baale and several nieces and nephews. He is preceded in death by his parents.

Very class guy to listen to on the radio sports broadcasts. very sorry for your loss.

Leslie, Karna, Lorna, Kevin and your extended families,
So sorry to hear about the loss of Lanson. Being on the end of the cousin train, he was always much older than me but tht didn't matter much when we were at grandpa and grandmas house. My guess is there was some night he had to take me on one of the many hide and seek adventures we had as that was the rules - olders had to take littles with them.. May God comfort all of you as you travel this road without him. God Bless.
Linda Sjaardema Subda ( cousin)

Lance broadcast all my football and basketball games at Ottumwa High School. I later had the privilege of coaching Babe Ruth baseball with him. Lance was the most positive and encouraging person I ever coached with or played for. I will never forget in 1978 walking on the basketball floor of Vets Auditorium, at the start of overtime, of our state tournament game against Carroll Kuemper and looking up at the KBIZ radio booth. Lance was pointing directly at me and then gave me a double thumbs-up. A small gesture but it speaks volumes about the man. He will be missed but never forgotten!

Thinking of Leslie and her family at this difficult time. Lance was one of the kindest and most genuine Ottumwans I knew! This world is a little darker for him having departed....but he impacted so many lives while here that his legacy of kindness and perseverance will go on!!

I’m so sorry to hear about your dad. While growing up in Ottumwa and playing baseball, I always enjoyed my conversations with him. He had a great baseball mind and was truly a fantastic guy! My condolences to all of you.

Our deepest sympathies to Lance's family: Wife, Leslie, children, grandchild, and siblings. I (Larry) am Lance's first cousin and always enjoyed visiting with him. We pray that you will experience God's comfort at this difficult time. Larry & Marcene Renaud

Well Coach, I am not tired I can pitch one more inning....Coach said “ No you go out to centerfield”. Coach (Lance) was a great Mentor and somebody I am lucky enough to have known. He lived a life of great integrity and peace, he is somebody I will always looked up to and will continue to look up too and strive to be. Rest In Peace! COL(r) Brian Pierce

So sorry to hear this. He was a very nice guy. I took care of his children at the Ottumwa Day Care Center. He was always nice to talk to when dropping off or picking up his children. Prayers!

I had many dealings with Lance when I worked for Marshall County. He was the best news guy I've ever had the pleasure of meeting. Even after retiring he'd still come in on election night to string for the AP. Godspeed Lance.

Leslie,
My heart hurts to learn of the loss of your very special man. Know that you are in my thoughts and prayers and those of The Central Iowa Quilt Sew-Ciety members.

When I got talked into coaching little league, Lance offered to help out as long as he didn't have to be the coach in charge. He was fantastic with the kids. Especially pitchers. He had a wonderful eye for mechanics. We teamed up for two summers . When I resigned from Iowa Valley to take a job in Minnesota, i gave him the head's up so he could have the lead at the radio station and beat the T-R to the story. I really appreciated his subtle disdain for the "suits" at the station. On behalf of my entire family, especially my son, I wish Lance Godspeed.

I knew Lance when I coached at Cardinal Schools and he work at KBIZ broadcasted many of our games. I enjoyed Coached with the Coaches on Saturday morning during basketball season. Lance was a man of great integrity and will be surely missed. Go St, Louis. Cardinals!

Got to know him at Dowling events and we became friends and also friends on FB! A great guy and true pro! My deepest condolences to family.

Lance, though I knew you mostly from a distance I always thought of you as a friend. I also respected you from your work and love of the young people you covered, your communities you covered and the unselfish way you did your love (your job). Thank You for allowing me to be a small part. You left a legacy. RIP my friend 🙏

Lance was a real class act. Many fond memories of Lance and his family while they lived here n Ottumwa! He will be missed! Worked with him here in "O' town. We are so sorry for your loss!

I am so sorry for your loss. It was such a privilege to be able to work with Lance at the radio station. He was a great guy and co-worker!

I am sorry for your loss. Many great memories talking to Lance during my 18 years as band director at MHS. What an awesome man

We are so sorry to hear of the death of Lance. He was a real estate client of mine. Lance was a good man! God Bless Your Family! To live in the hearts of others is not to die...

The attached photos are added to the memorial of Lanson "Lance" Renaud 07/29/2020 to help share their legacy.

Thank you for sharing your memory of Lanson "Lance"