Jay spent his early years in Croton Falls, NY and had fond memories of trips to the 'Big Apple'. At age 12, his family relocated to Marshalltown, Iowa, for his father's job at Dunham-Bush. From the moment of his arrival until his end, Jay was an insatiable student of Marshalltown history. A graduate of the MHS class of 1970, he was a lifelong learner.

Jay enjoyed multiple vocations, including driving a charter bus for Marshall Coaches (once transporting Frank Sinatra & his band!), working at Tri-State Lock and Estel-Perrin-Avey Funeral Home, being a columnist for the T-R's Past Times and an Inquiry Agent for Carollo Information Services.

And he made time to serve his community. If committed to a cause, he 'gave it his all'. Examples include, founding member and board officer of the Orpheum project, past president of the Central Iowa Genealogical Society, board member and president, Riverside Cemetery; member, Marshalltown Planning and Zoning.

His expertise re: Marshalltown history, led to repeated speaking engagements for service clubs and multiple guest spots on KFJB radio.

Jay was preceded in death by his parents, brother Brad, and cat companions, Harriet, Amos and Andy.

Anderson Funeral Home is caring for Jay. A graveside service will be held at Riverside Cemetery on 9-2-20 @ 3pm. Please arrive at the main gate no later than 2:45. Masks and social distancing expected. For those unable to attend, the service will be livestreamed on the Anderson Funeral Home Facebook page (just 'like' their page and you will have viewing access). Honorary pallbearers are Dennis Grabenbauer, Dorie Tammen, Nancy Adams, Levi Adam Castle, and Mike and Kathy Egyabroad.

Per Jay's request, memorials may be sent to The National Kidney Foundation (kidney.org) or the Marshalltown Animal Rescue League (www.arlmarshalltown.com). Unaware of the extent of devastation to Riverside, we are confident he'd have also appreciated donations to their clean-up efforts.

I was lookin back on memorial posts left after my dad passed, and saw Jay, whom i had never met, had left us a heartwarming message. I wanted to reach out to thank him too many yrs later… I found his obit. I’m sorry I am too late, but I am lifted by all the warm messages describing him… I can tell he was a cool person. Thankful he had neat people in his life, as I can tell by all the way people described him. God bless u Jay- say hi to my Dad, please!💛

Jaybird, so sorry for your families loss. I worked with Jay. He always had something interesting to tell. Miss having those conversations. RIP JAY

Since you were a guest of mine so many times on KFJB, I was honored to be a guest at your service today. Thanks for the "memories"! Celebrating you!

We have been friends with Jay for many years and will miss him! He was a One of Kind!
Don and Sandy Porter

You are SO missed Jay. I miss your knowledge, your sense of humor and just YOU! You helped so much with my work at the cemetery. You were one of a kind & that is quite a compliment! Rest in peace until we meet again.

It was one of the pleasures of my life knowing and working with Jay. He provided me many invaluable articles and photos for the Times-Republican's Past Times and Marshall Times monthly editions over a nearly nine year period He never missed a deadline, while always prompt, professional and courteous. Always working to give back to the community, Jay mounted an impressive run for the Marshalltown City Council's second ward seat several years ago. He lost by eight votes. He also served with distinction for many years as an unpaid volunteer on Marshalltown's Planning & Zoning Committee. The community has lost an outstanding volunteer and resident. May he rest in peace.

I’ve known Jay only a short time, but what a wonderful person. He will be missed!

i will never forget you Jaybird. I promise i will take the best care of Ozzie possible! RIP Jay. Tell my dad hi.

One could always learn something new when talking with Jay. The man never participated in dull conversation. His historical expertise cannot be replaced and be missed by all. I first met Jay many years ago and renewed our acquaintance when we lost Virginia a few years back. Of course, he had to remind me when we first met. No doubt he is holding court today in the sky's above.

My sympathies to Jay’s family at this sad time. Jay was truly a special person to all who knew him. Rest In Peace Jay. Will certainly miss you.

Jay also served on the 911 Board. I always enjoyed talking to him and saw him in early July at water walking. Rest In Peace.

Jay was a true Marshalltown treasure, and invaluable in his position on the Board at Riverside Cemetery, and also as our genealogical researcher. He knew more about local history than anyone, and I'm afraid Riverside will never again have anyone quite like him. As a youngster, Jay read phone books, and must have had a photographic memory. He could pull phone numbers and addresses straight off the top of his head. It was amazing! He was a bit of a mentor to me. We first met online and bonded quickly over our shared love of history, both local and otherwise. We first met in person at Center & Main Streets as he was finishing a downtown History Walk that I so wanted to attend but couldn't. After that we became good personal friends. I feel like an important era in my life has come to an end with this loss. He will be missed terribly. I miss him terribly. Rest in peace, Jay.

Jay was one in a million. I have fond memories of a trip to the DM Farmer's Market, Spaghetti Works, and Grazianos. He loved teasing my mother about her beloved St. Louis Cardinals, and affirmed his love for the Yankees in their conversations. He had a soft spot for kids and was known for handing out full- sized candy bars to trick or treaters. Really enjoyed my time volunteering at the Riverside office and discussing geneology and history with him, Dorie and Raechel. He had such a wealth of knowlege which he shared generously. Jay, dear friend, I will always cherish our friendship and will miss you terribly.

Jay will be missed. May he rest in peace! Carl and Judy Osgood

Darn it Jay, I have this box full of interesting stuff about Marshalltown to give to you, just still adding to it, then you left us. Thinking you would have enjoyed some of the obits and treasures. RIP my friend.

My sympathies to Jay's family and many friends. I knew him in high school and have followed his writings in the T-R and on Facebook over the years. He was a kind treasure.

Rest in peace, dear friend. I will never forget your friendship, help, and kindness over these many many years. Marshalltown has lost a true treasure.

Jay will be missed. He was such a gifted writer and always had a great attitude. Prayers to his family & friends

Jay was a wonderful man. So sad for his loss. 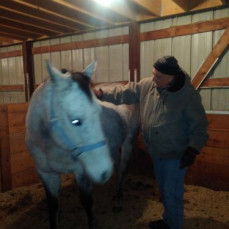 The services for Jay have not yet been added. Please sign up below to be notified when the services are ready.

The attached photos are added to the memorial of Jay Carollo 08/23/2020 to help share their legacy.

Please help memorize Jay Carollo 08/23/2020 by recording your attendance below.

Thank you for sharing your memory of Jay