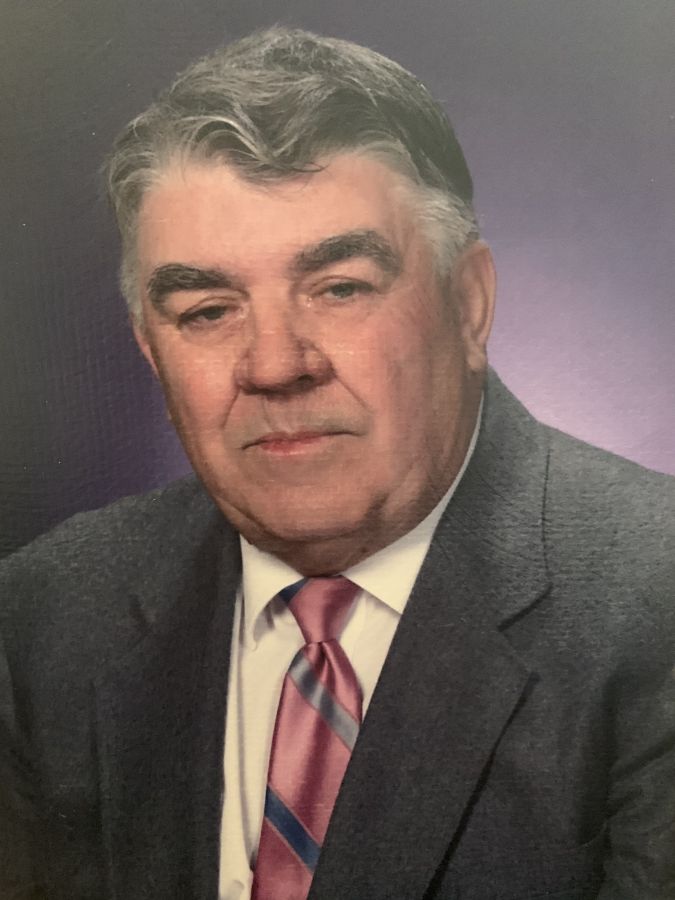 Donald L. Zern, 85 of Conrad, IA passed away Thursday, August 27, 2020 at his residence after battling cancer for the last year and a half. Funeral Services will be held 10:30 a.m., Wednesday, September 2, 2020, at Conrad United Methodist Church. Visitation will be held 5:00 p.m. to 7:00 p.m. Tuesday, September 1, 2020, at Conrad United Methodist Church. Interment will be at the Conrad Cemetery. The family requests everyone to wear a mask to the visitation and service. Anderson Funeral Homes of Conrad has been entrusted with arrangements. In lieu of flowers a memorial has been established. Online condolences may be sent to www.andersonfhs.com.

Don was born Aug. 12, 1935 in Marshalltown, IA, to William Leo and Matilda Bessie (Vajgrt) Zern. He spent his whole life in this community. Don graduated from Conrad High School in 1953 and married his school sweetheart Cloris Stubbs on June 19, 1954. In this union three children were born: Jack, Scott and Cathy. He was a member of the Conrad United Methodist Church.

Don formed a love of farming when he was young and never lost it, except when cleaning chicken houses and milking cows. With the help of family and friends, he started farming in 1954. He enjoyed go cart racing and playing slow-pitch softball in his younger days. He continued his love of sports while attending and helping with his children's athletics. This extended to his grandchildren and great grand children's events. Don was also involved in 4-H and would tell you how hot it was the year Jack and Scott took calves to the State Fair. He was an avid BCLUW supporter and got to see several softball teams make it to State, including some with his granddaughters on them. He loved watching races at Marshalltown and on T.V. Don was even able to attend a NASCAR race in Talladega. He played many games of cards in his lifetime, mostly pepper being the game of choice. Don loved horses and owned several teams of Percheron horses with his brother, Bob. He even got to see and help with the Sparrow 40 horse hitch. Don had fond memories of the crew he picked seed corn with. They have a lot of stories to tell. He and Cloris loved attending the Iowa State Fair and camping. They also went on many trips and outings and shared most of these with their great friends Patty and Robert Coulter. The latest great adventure was when they went to Alaska with Jack and Danice. The greatest joy in his life was farming as he got to do it alongside his family. Don enjoyed seeing cows and new calves on pasture, clean bean fields, the smell of newly plowed grounds, freshly mowed hay and especially fresh combined corn fields. Don spent some of the last days of his life in a tractor, which is the way he would've wanted it.

3 people have supported the family by purchasing them flowers or gifts from the Healing Registry.

What an amazing tribute to Don yesterday. He would have been pleased. Pastor’s words were warm, kind and comforting. And just wow!!!! Tom’s solos were amazing. Keeping you in our thoughts and prayers. Paul and Lynne

Our deepest sympathies to the family of Don. We have many fond memories of Don from spraying fields for the Coop, sporting and community events. Always a kind and friendly person to everyone. Hold tight to your precious memories.

To Cloris, Jack, Kathy, Scott, and your families, we are so sorry for your loss of Don and extend sincere sympathy to all of you. Blessings as you spend time together and lay him to rest. Mike and Lorrie Patton

To the Zern Family.....so sorry for your loss.

Our sympathy to you all on the loss of a good man. May wonderful memories help in your grief.
Steve and Nancy Whyte

Sympathy to the Zern family. May Don rest in peace. Dan & Cindy Bieret

The attached photos are added to the memorial of Donald L. Zern 08/27/2020 to help share their legacy.

Thank you for sharing your memory of Donald