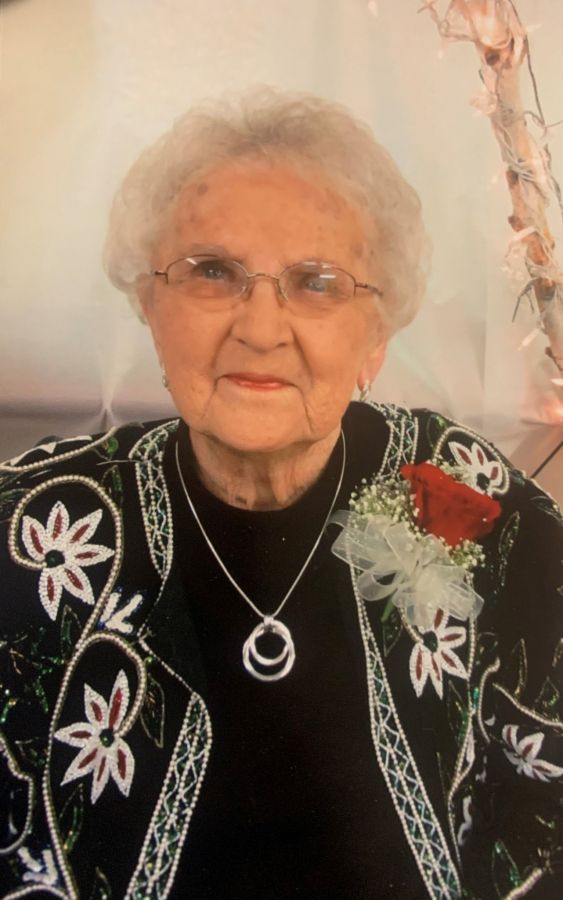 Shirley Lynch, 98, of Conrad, IA passed away Wednesday, October 7, 2020, at Oakview Nursing Home in Conrad. Funeral services will be 10:00 a.m., Saturday, October 10, 2020, at Beaman United Methodist Church in Beaman, IA. Visitation will be 5:00 p.m. to 7:00 p.m., Friday, October 9, 2020, at the church. Interment will be at Vienna Cemetery in rural Beaman, IA. Memorials may be directed to Storks Nest or Child Abuse Prevention. The family requests everyone to wear a mask to the visitation and service.  Online condolences may be sent to www.andersonfhs.com.


Shirley was born August 25, 1922, to Walter and Flora (McAfee) Kaufmann at their home in rural Beaman. She attended grade school at Vienna #5 and later on graduated from Beaman High school. Shirley was united in marriage to Kenneth Lynch on February 5, 1943, at the Beaman United Methodist Church. She always enjoyed music, singing and playing the flute in the family orchestra. Her parents, brothers and she played for almost anyone that asked them, even though she didn't care about practice. In later years she enjoyed sewing which she learned from her mother. Shirley began making quilts when she was 65 and made at least two for every member of her family, until the last two little boys were born, they only had one. By that time she started making baby quilts and donating all of them. They were made for "A.B.C." program, later to, "child abuse prevention", "Storks Nest" and "Life Choice Ministries". She ended up making 384 baby quilts. At the age of 16 she had her own program on KFJB Radio singing. During that time on the radio she made three records. She was employed at Security Savings Bank in Marshalltown, IA, Farmers Savings Bank in Beaman, Bank of America, San Diego, CA, (during WWII) and the Beaman as well as Green Mountain Grain Elevators. After retiring she helped out on the farm. She was a member of Beaman United Methodist Church, United Methodist Women, and Oakwood Golf Course. Shirley was also active in the Vienna Cemetery and a board member of the Oakview Nursing Home.

Dear Barb, Tom and family, Our condolences on your Mom's passing. We know she was a kind and loving neighbor to Steve's Mom and Dad, especially at the time of June's illness and passing. Thinking of you, Steve and Sandy Simms

Barb Tom and family, thinking of you with many fond memories of Shirley. She was such a sweet, kind and loving lady. I know how much you will miss her. May you find peace in your hearts. Love to you all. Mary and Don

Barb, Tom, and family,
Saddened to hear of Shirley's passing. Certainly one of the "greatest generation". She set a high bar for the rest of us in life. May God's comfort and peace be with you. Love and Prayers.
Pete and Joni Holl

Thoughts and prayers to family and friends of Shirley. Beautiful lady, what a great life she lived❣️

I will always remember her as a kind , caring, and beautiful lady! My prayers are with her family!
Chris Scott

Barb, Tom, and family, oh, how we loved our visits with Shirley! What a positive person and she loved each of you dearly!! She will be missed:) Sending many hugs and prayers.

Barb, so sorry to hear of your mom's passing. Prayers abundantly coming your way!

Barb and family, prayers and thoughts for all of you. It was a pleasure to know your Mom.

Am so sorry to read about your mother’s passing, Barb. It was a pleasure visiting with her at the lunch table when I would make my visits with her table-mate, Delores. She certainly lived a long life; and I know how much you will miss your visits with her these past years. 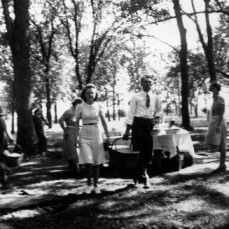 The attached photos are added to the memorial of Shirley Lynch 10/07/2020 to help share their legacy.

Please help memorize Shirley Lynch 10/07/2020 by recording your attendance below.

Thank you for sharing your memory of Shirley