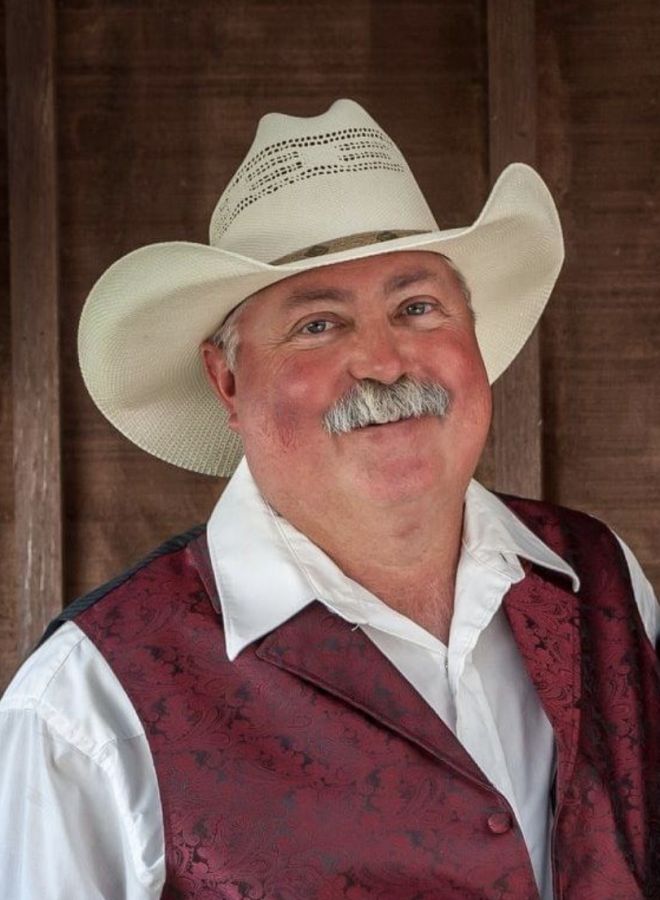 Thomas M. "Tom" Thatcher, 50, of Liscomb, IA, left this earth on Thursday, October 22, 2020 after a 3 year fight with stage 4 esophageal cancer that he never backed away from. Funeral services will be 10:30 a.m., Monday, October 26, 2020 at the Liscomb Church of Christ. Rev. Kerry Jech will be officiating. Visitation will be from 3:00 p.m. to 5:00 p.m., Sunday, October 25, 2020 at Anderson Funeral Homes in Marshalltown. A memorial fund has been established. Interment will be at the Liscomb Cemetery. The family request you wear casual clothes or one of his favorite team(s) - Iowa State Cyclones or Minnesota Vikings attire. Vests are also welcome. Online condolences may be sent to www.andersonfhs.com


Tom was born on June 18, 1970, the oldest son of Jerry and Karen (Bunn) Thatcher. Tom lived his entire life around Liscomb attending school at BCLUW graduating with the class of 1988. After high school he went to college at Ellsworth and obtained his carpenter certification. Tom married Michele Hof on April 22, 1995.
They later divorced. Two children were brought into his life from this marriage, Alesha (Austin) Hansen of Reinbeck, IA and Sgt. Milon Thatcher, stationed at Parris Island, South Carolina. On September 1, 2013 he married his best friend Lynne Campbell Pothast giving him two more children in his life, Jed Pothast of Marshalltown and Jenna Mckee of Liscomb. Tom spent the majority of his career working in the maintenance department as a carpenter at the Iowa Veterans Home starting August 12, 1996 to November 1, 2019 leaving due to ill health. He was a proud union member/steward/officer his entire time at IVH. He also did side jobs after work putting in replacement windows. He enjoyed the outdoors, hunting and snowmobiling. It was always a good time if he was around. His greatest passion was raising BLACK Angus cattle on the Thatcher farm. He always had a female dog as a companion leaving behind his red heeler - Reba.

Tom built great relationships with the nurses of McFarland Oncology department in both Marshalltown and Ames. His family would like to thank them for the care they provided.

For parents, brother, & families of Tom Thatcher (as well as grandma, Sara) Comfort & love from Alaska. Wipe the tears and keep Tom in your hearts and know that there is a God full of mercy and comfort (2 Corinthians 1:3.) From Grandpa "Bud" Thatcher's niece in Alaska. Marcia Strand-907-752-0438 (Sitka, AK)

I am so sorry about Tom. I worked with him at the Iowa Veterans Home and became good friends. I loved his sense of humor and his kindness. He will certainly be missed. Thinking of his family.

So sorry to hear of Tom's passing. My thoughts and prayers to the family. Farm life as a child would have been lonely if it wasn't for good neighbors like Tom to find things to do with. Gosh those are good memories...

May all the warm memories in your heart, wrap around you now and give you comfort and peace... GOD'S BLESSINGS...
JERRY & BEV GADE.....

Tom was such a nice guy. Always had a smile on this face. Tom knew I was a "farm girl" and we enjoyed visiting about farm life and our BLACK Angus cattle!!! A great cowboy is in heaven. Diana Rohach

So sad to hear of Tom passing. I’m heart broken and want to extend my sympathy to Tom’s family. Living next door to the Thatcher family was such a blessing for our family. Tom was just like another son to me. He will be missed.

Such a young man who touched many lives. He always had a story & was willing to help others. Tom was a great co-worker who made life fun.. Missing him already.

Lynne, My heart is breaking for you and the entire family. My thoughts and prayers are with you. Tom will be missed by all that knew him.

Hearing the news this morning of Tom's passing just stopped me in my tracks. Our loss is Heaven's gain. I can't imagine what life on the farm would have been like if Tom hadn't been there for both me and Rick. The three of us did everything together, all day long. We would begin our adventures early in the morning, take a break for lunch, and then right back at it in the afternoon. We would not come in until dark most summer days. Thoughts and prayers to the Thatcher family.

A great man! I always enjoyed visiting with him especially when I took lunch to my son at the IVH. Dave enjoyed working with him and always had great things to say about him. Thoughts and prayers for the entire family as well as Tom’s friends. He was loved by many!

Lynn, I remember being at IVH with the nursing students and you introducing me to Tom! You were so happy and you remained that happy every time I saw you! That was no mistake you came into each other’s lives when you did. You spent so many blessed days even in the short time you had! You will miss him but I know your friends and family will be a support for you! Hugs and prayers to you and your families.

To Tom a great husband and father/grandfather. You are my hero, being a fellow cancer survivor who fought a great battle to the end. I will always remember your words of strength and wisdom when we talked about our cancers, may I be as brave as you when the time comes for it to take me.
To Lynne my dearest best friend forever, you had a gem, I am so sorry that he is now gone. Keep the memories and share them often. He will be missed. to Jenna, another loss in your life but what memories you will have to share as well, I love you and your mom with all my heart which is in pain for your loss right now.
To Toms family, my thoughts and prayers are with you all. Tom will be missed by all.

Thoughts and prayers to the Thatcher family. Tom your laughter and your smile was infectious! You had a deep dedication to all your family and friends. You will be missed by all! Rest In Peace my friend, love you!

Thoughts and prayers to the Thatcher Family. Tom will be missed by all that knew him. Rest in peace my friend.

Our deepest sympathy. Tom was a good man and friend. Prayers for you and family during this difficult time 🙏

The attached photos are added to the memorial of Thomas "Tom" Thatcher 10/22/2020 to help share their legacy.

Thank you for sharing your memory of Thomas "Tom"