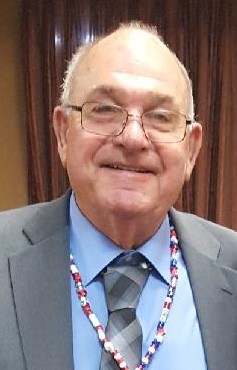 Glen was born June 21, 1939 to Raymond and Alta (Rohweder) Lage in Grundy Center, IA. He graduated from Grundy Center High school in 1958. He married Patricia Ross on May 15, 1959. They later divorced. On January 11, 1990 he married his best friend Karen (Poland) Slifer. Between these two marriages, Glen and Karen were blessed with a blended family of six amazing children.

Throughout his entire life Glen farmed in rural Grundy and Tama Counties. Glen also was a member of the Salem Church of Lincoln and held many positions. He was very active with the Grundy Center Jaycees where he was elected a Jaycee Senator, and in 2017 and 2018 he was elected President of the Iowa Jaycee Senate. One of his favorite activities was playing cards either at the Man Cave in Gladbrook or with his many friends.

Memorial to be selected by family.

Karen & family,
Very sorry for your loss. He will be missed by many friends within the JCI Senate group.

Karen and family, so sorry for to hear of Glen unexpected passing! We will not be able to attend visitation or the funeral service but please please know we care and you are in our thoughts and prayers. Sending much love and many hugs. Chuck and Ruth Thoren

Our sincere sympathy goes out to Karen and family. May your treasured memories give you comfort day by day.
Vern & Lois Conradi

Aunt Karen and family. I was so sad to hear about the passing of Glen. He was such a kind caring man and will be missed very much. I have very fond memories of him. Love Monica

So sorry to hear about Glen's passing. We enjoyed talking with him, especially during fair week. Dave & Denise Freeseman

So very sorry for your families loss! Glen was a super nice guy I always enjoyed visiting with him and Karen! Cherish your memories!
Mary Liston

Prayers and sympathy to Karen, Steve, Ross and Lynda and all the children, grand and great grandchildren. Your dad, grandpa and great grandpa was a wonderful man. I remember him as my uncle; he was so kind and always a smile on his face, always a piece of butterscotch candy to be had. God be with you all.

We have many warm memories of great times together but especially of your TX visits! We will sure miss Glen!!!
Bob and Alice

Glen was an awesome Jaycee back in the day! He worked hard for his local chapter and the Iowa Jaycees. I always enjoyed talking with Glen. There never was a dull moment with Glen.
My sympathies to the entire Lage family. Bill Schult, 72-73 Past Iowa Jaycee State President

Prayers for Steve, Ross, Lynda, your spouses & all the grandkids. So very sorry for the unexpected loss of your Dad, grandpa. 💔 Cal & Candy

Dear Family, Anita just told me this morning about Glen. I haven't known Glen very long, but we have been playing cards together and I know he is one great guy. I feel for your family and I just want to remind you we have a Great God and when times like this happen keep Him close,
Deane Adams, Anita Elmore's Husband.

The services for Glen have not yet been added. Please sign up below to be notified when the services are ready.

The attached photos are added to the memorial of Glen A. Lage 10/25/2020 to help share their legacy.

Please help memorize Glen A. Lage 10/25/2020 by recording your attendance below.

Thank you for sharing your memory of Glen