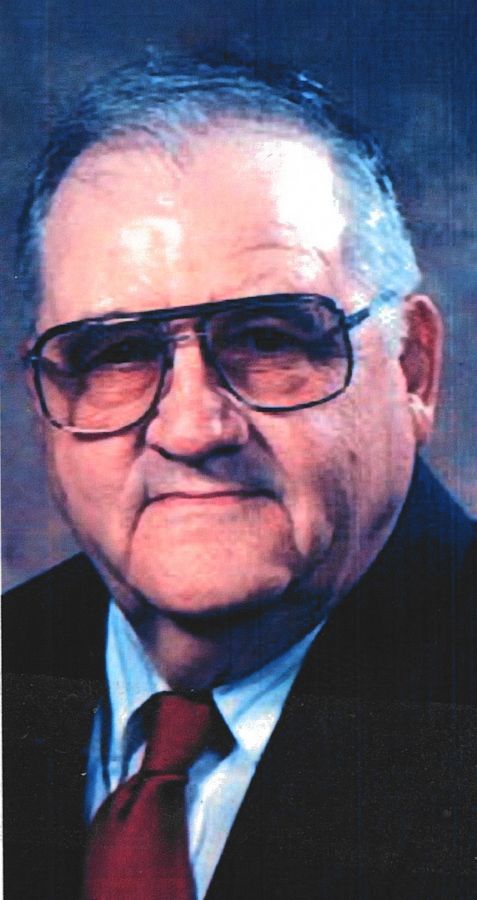 Allen Goodwin, 101, formerly of Marshalltown, IA passed away Friday, January 8, 2021. Funeral Services will be 11:00 a.m., Thursday, January 28, 2021, at Anderson Funeral Homes of Marshalltown. Visitation will be 10:00 a.m. until the time of the service. In lieu of flowers, expressions of sympathy can be made with a donation to: Goodwin House Foundation Attn: Fellowship Program, 4800 Fillmore Ave. Alexandria, VA 22311. Arrangements are entrusted to Anderson Funeral Homes. Online condolences may be sent to www.andersonfhs.com.


Allen was born on Nov. 30, 1919 near Garrison, Iowa to Charles B. Goodwin and Muriel Byous. He started school at Dysart, IA later moving to the Geneseo Township area where he went to school at the Geneseo School until his sophomore year. The family then moved to Dysart where he finished his education. After school he worked on two different Dairy Farms. Allen was then united in marriage to Jane Paul of Traer, IA. They were married in Lancaster, Missouri on August 27, 1941. They were the parents of three boys: Richard, Jerry and Gary. He then enlisted in the U. S. Coast Guard on Feb. 12, 1942, and, after went to New Orleans for his training. He was discharged after being injured from service in 1944. He then went to work for the American Railway Express as a delivery employee at the Waterloo office.

In 1948 he went to work at the Dysart Reporter newspaper under the GI Bill to learn the printing trade. He completed the training and became a Journeyman Printer. After working there for six years his family moved to Marshalltown. In Marshalltown he began working at the Marshalltown Times Republican in 1954 and retired in October of 1982. He served one term on the City Council, 1983-1984. Allen also served many years as Secretary-Treasurer of Local 414 of the Typographical Printers Union. He was a member of the First United Methodist Church, the American Legion, and the Disabled American Veterans. Allen also drove the DAV Van, taking patients to the Des Moines, Iowa City and Knoxville Veterans Hospitals for 10 years. He also was employed by the Globe Publishing Companies for several years, and did some research for the Price-Water house for a short time. Allen liked to travel. They purchased a travel trailer and visited more than half the states in the US. They also visited Hawaii several times. They enjoyed traveling to their son in Germany for a month and visiting several other European nations. Allen spent the last 10 years living at Goodwin House Bailey's Crossroads, a retirement community in Falls Church, Virginia, to be closer to family.

Allen is survived by his sons; Richard and family of Orlando, FL, Jerry and family of Dumfries, VA, and Gary and family of Alexandria, VA. His three grandchildren: Amy, Bryan and Jody; and three great-grandchildren: Zackary, Savanna and Nathan. Also surviving is one sister: Onie. He was preceded in death by his wife, Jane, June 14, 2005, six brothers: John, Eldon, Francis, Donald, Jim, and Lewis; and three sisters, Glennis, Lola, and Ellen.

What an absolutely wonderful guy, the world will miss his presence.

The services for Allen have not yet been added. Please sign up below to be notified when the services are ready.

The attached photos are added to the memorial of Allen Goodwin 01/08/2021 to help share their legacy.

Please help memorize Allen Goodwin 01/08/2021 by recording your attendance below.

Thank you for sharing your memory of Allen