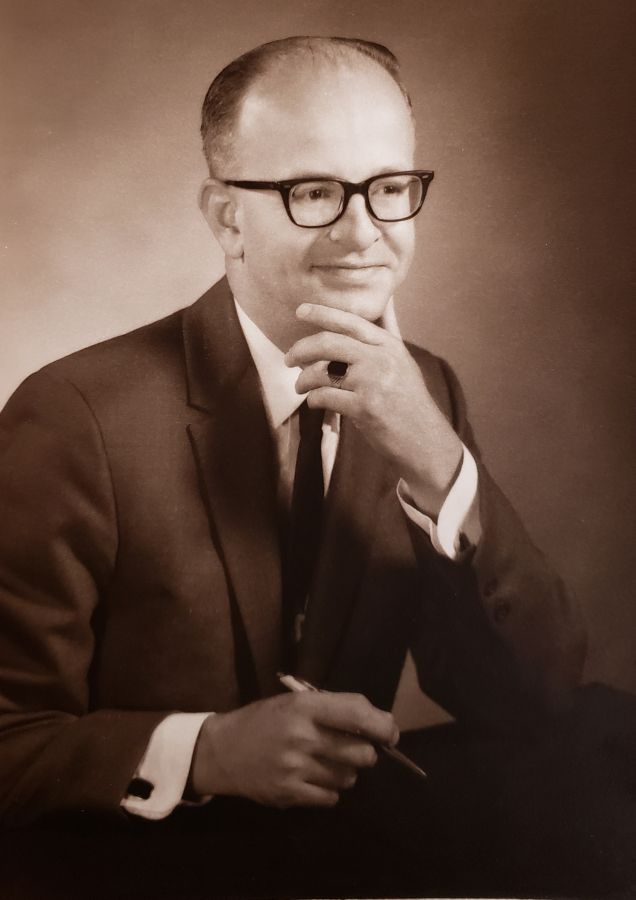 Willard W. Will Jr, 82, of Marshalltown, IA passed away Monday, March 22, 2021 at the Iowa Veterans Home, following a long struggle with frontotemporal dementia. A private burial will take place at a later date. In lieu of flowers, memorials may be directed to the University of Iowa School of Music. Online condolences may be sent to www.andersonfhs.com.

Born in Marysville, California March 16, 1939 to Willard Sr. and Ivadel (Eich) Will, Bill--as he was affectionately known--graduated from Marysville High School in 1957, where he played clarinet and saxophone in numerous musical groups, including the school's marching band. Bill then served four years in the U.S. Navy, where his duties included directing planes and singing in choral ensembles. He was discharged honorably with the Good Conduct Medal. Bill contemplated joining the family jewelry store upon return to civilian life and studied horology in Illinois before transferring to the University of Iowa, where he sang in the university chorus and completed his Bachelor of Business Administration. He then returned to California, where he began working in insurance inspection for what would become the credit reporting agency Equifax. During his studies at Iowa, Bill met Marilyn Moeller of Palmer, Iowa, and the two wed June 25, 1967 in Pocahontas. Marilyn then followed him back to California, and the two settled in Fremont, in the San Francisco Bay Area. Their son, Willard Wilson Will III, was born in 1975, and Bill eagerly introduced him to both the clarinet and choral music. In addition to his work for Equifax, Bill served as deacon, sang in the choir, and was active in bridge groups at Centerville Presbyterian Church. Family vacations took the three throughout the U.S. and to Canada, Mexico, Iceland, Great Britain, France, Switzerland, Germany, the Netherlands, and Israel.

In 1996, Bill moved to Omaha, Nebraska for work in insurance sales and was also a chorister and deacon at the city's Presbyterian Church of the Cross. In 2000, he and Marilyn returned to Iowa, this time to live in Coralville. Sadly, the two divorced in 2004, but he kept his mind active. He was an avid fan of sports and followed his beloved Iowa Hawkeyes closely. He also sang at First Presbyterian Church in Iowa City and amassed an extensive recorded music library, particularly rich in Italian operas and 18th- and 19th- century symphonic works. Despite the effects of the dementia, he was able to participate in church Bible study groups and was a voracious reader of biographies of European composers and U.S. Founding Fathers, before his condition forced him to seek care at the Veterans Home.

Bill was preceded in death by his parents. He is survived by his son, Willard Wilson Will III, of Maryland; sisters Jeanne and Marnelle, of California; and many beloved cousins, nieces, and nephews.

The services for Willard have not yet been added. Please sign up below to be notified when the services are ready.

The attached photos are added to the memorial of Willard Will Jr. 03/22/2021 to help share their legacy.

Please help memorize Willard Will Jr. 03/22/2021 by recording your attendance below.

Thank you for sharing your memory of Willard