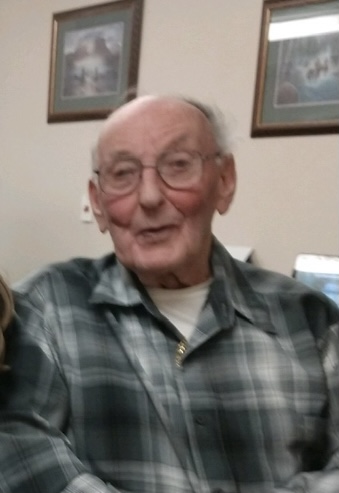 Elmer Ray Runner, 94 formerly of Laurel, IA died Saturday March 27, 2021 at the Wilber Care Center in Wilber, NE. Graveside services will be 12:30 p.m., Thursday, April 1, 2021 at Graceland Cemetery in rural Laurel. Anderson Funeral Homes of Marshalltown has been entrusted with the arrangements. Online condolences may be sent to www.andersonfhs.com


Elmer was born March 3, 1927 on a farm near Laurel, IA to Arthur, and Ruby (Zesch) Runner. Elmer was the youngest of three children, including a brother Floyd Arthur, and a sister Esther Ruby. Elmer grew up on the farm and attended school graduating from LaMoille High School in 1944. Elmer joined the Merchant Marines in 1946 and served till January of 1951 when he enlisted in the United State Army during World War II. He was honorably discharged from the Army in January of 1953. Elmer returned to the farm after his military service and continued farming until 1972. He then moved to Arizona. While in Arizona he lived in the towns of Pearce, and Apache Junction, and Elmer held several different occupations. Due to health issues he returned to Iowa, and became a "resident/worker" at the VA Care Center in Marshalltown, IA. Elmer met Ferne Snowden in 2000 while she was visiting her brother at the VA Care Center. After a couple more visits, Elmer moved with Ferne to Hallam, NE and on January 20, 2001 they were married. Ferne passed away in 2010, and Elmer remained in Hallam until 2016 when he moved to the Wilber Care Center.

Elmer was preceded in death by his wife Ferne, his parents, brother Floyd, and sister Esther. Elmer is survived by his daughters and sons-in-law, Deanna and Roger Brackhan of Fremont, Laurie and Gary Vocasek of Hallam, grandchildren, Angela and Robert Kutz, Michael Brackhan, Ryan Brackhan and friend Renae, David Brackhan, Stacey and Ryan Birkett, Nicole and Brian Zelenka, 9 great-grandchildren, nephews Brian (LaDonna) Runner, Bruce (Pat) Runner, niece Karen (Dirk) Sleeuwenhoek, special cousin Stephen (Rhonda) Runner, many friends, and the "Hero's" of nurses, and staff at the Wilber Care Center. Elmer will be laid to rest next to his parents and sister at Graceland Cemetery in Laurel, IA.

Elmer had developed an extensive Runner family history. He took great pride in his work.

Rest in peace......Brian and LaDonna Runner

The attached photos are added to the memorial of Elmer Runner 3/27/2021 to help share their legacy.

Please help memorize Elmer Runner 3/27/2021 by recording your attendance below.

Thank you for sharing your memory of Elmer