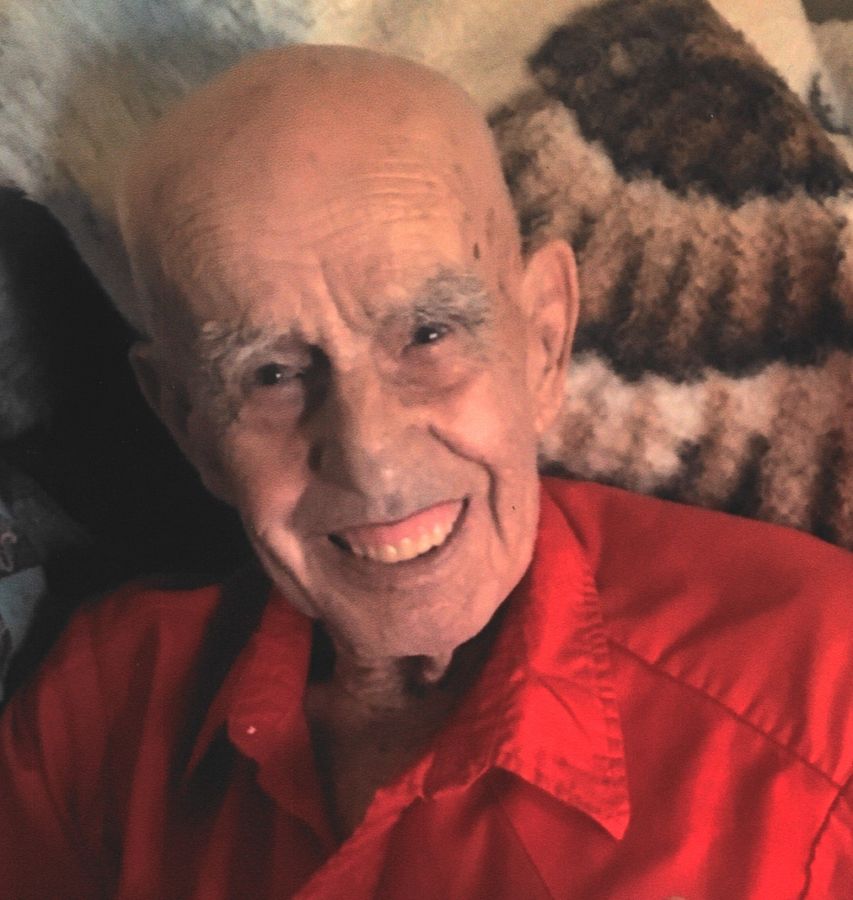 Marvin Dwight Davis, SR., 90, of Madrid, IA passed away May 18, 2021 at Madrid Home Communities in Madrid. Funeral services will be 11:00 a.m., Saturday, May 22, 2021 at Anderson Funeral Homes in Marshalltown. Visitation will be 10:00 a.m. until the time of the service. Interment will take place at the Conrad Cemetery in Conrad. Further arrangements are pending at Anderson Funeral Homes in Marshalltown. Online condolences may be sent to www.andersonfhs.com.

Marvin was born December 15, 1930 at Pawnee City, Nebraska, the son of Melvin Dwight and Ollie B. (Miner) Davis. He was the ninth of thirteen children. Marvin graduated from Pawnee City High School in 1949. He enlisted in the United States Navy in 1950 and served during the Korean War, stationed in Japan and San Diego. He was honorably discharged in 1954. While he was in the service, his parents moved to a farm near Woodbine, IA, so that was the home to which Marvin came after the war. He began working as a hired farm hand in the Woodbine area. He was united in marriage to Lucy Amelia Malone on December 14, 1956 at her grandparents' home near Dunlap, Iowa. Marvin worked as a hired farm hand during their married life at Defiance, Carson, Eldora, Union, and Conrad, IA. After Lucy's death on March 28, 1997, Marvin moved to Stratford, IA to be near his daughter Mitzi and her family. He worked for a couple farmers in the Stratford/Boone area and also worked at Stratford Kids Academy Day Care. In 2003 he moved to Cambridge, IA to again be near Mitzi and family. While in Cambridge he also worked some for a local farmer as well as for a cleaning business in Ames. He lived in Cambridge until 2014 when he moved to Madrid and lived in the Independent Living apartments belonging to Madrid Home Communities. He fell in his apartment on May 15 and transferred to the nursing home on May 17, 2021. Marvin never knew a stranger, and always seemed to have a story to tell. He loved John Deere tractors and had a collection of scale model John Deere's. He also enjoyed doing jigsaw puzzles (the more challenging the better!) and word search books. He enjoyed listening to country music. He was gifted at fixing things. Marvin was a lifelong Methodist and was a member of Methodist and United Methodist churches in many of the places where he lived. In Carson he and Lucy were the first married couple ever to team teach a children's Sunday School class (preschool). At the time of his death he was a member of the Napier United Methodist Church near Ames. He was also a past member of the American Legion and AMVETS. Marvin was preceded in death by his parents; his wife Lucy; brothers Elton, Wayne, Clarence, and Dean Davis; sisters Berniece Hartman, Betty Veeder, Grace Harris, and Lola Hatfield.

Marvin, you were a great bother in law, always there to lend a helping hand. You and Lucy And Bet and I and our kids had some wonderful times. A, lot of wonderful memories to keep. You, in be missed very much. My, love and hugs and paryers go out to Mitzi and Junior and family. Your, Bother in law Abe, Malone.

We are deeply sorry for your loss. Please accept our condolences and may our prayers help comfort you.

Mitzi, Dale and Sons, I am so sorry about the loss of your father, father in law and grandfather. May your wonderful memories sustain you. Prayers and blessings to all of you.

Marvin, you will be missed. Now your really gonna have to behave. Our deepest sympathy to the family.

Mitzi I am so sorry about your dad. He was always so kind to me when I would see him and I enjoyed speaking with him. My deepest sympathy to your family.

Rest in Eternal Peace Uncle Marvin. My heart and paryers go out to the family. Your, in my prayers.

The attached photos are added to the memorial of Marvin Dwight Davis Sr. 05/18/2021 to help share their legacy.

Thank you for sharing your memory of Marvin