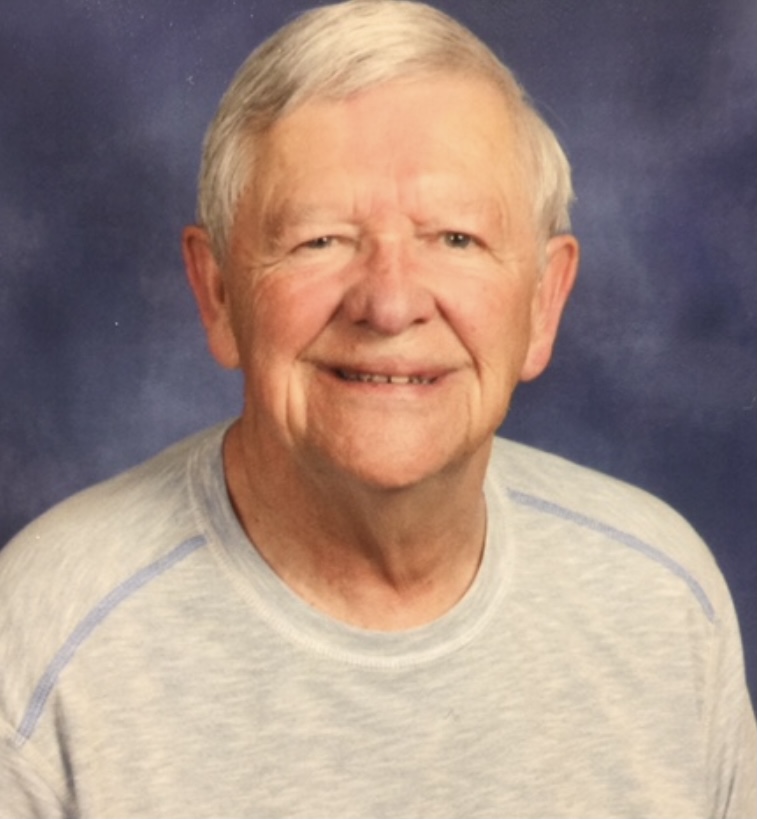 Dr. Richard M. "Dick" Squiers, 81 of Marshalltown, IA passed away peacefully on Thursday, May 27, 2021 surrounded by his loving family and in the care of the exceptional, compassionate staff at the Iowa River Hospice Home. He will be missed and fondly remembered by all who knew him. Memorial Services will be 10:00 a.m., Thursday, June 3, 2021, at the First Congregational Church in Marshalltown. Visitation will be 5:00 p.m. to 7:00 p.m., Wednesday, June 2, 2021 at Anderson Funeral Homes in Marshalltown. Interment will follow the Memorial Service at Riverside Cemetery with military honors provided by the combined Marshalltown VFW and American Legion. In lieu of flowers, donations can be made to Iowa River Hospice. Online condolences may be sent to www.andersonfhs.com.


Dick was born in 1940 in Belle Plaine, Iowa to Richard and Ruth Squiers. He later moved to Cresco where he spent most of his childhood years. In 1954, he met the love of his life, Julie, with whom he went on to marry in 1960. Together they raised four children who adored their father.

After graduating as valedictorian from Notre Dame High School in 1958, Dick went on to attend Loras College and then the University of Iowa where he followed his dream of becoming a dentist. He graduated Dental School in 1965, all while juggling the role of a new father.

During the escalation of the Vietnam War, Dick served as Captain in the U.S. Air Force at K.I. Sawyer AFB in Upper Michigan from 1965-67. There, he was invited by his fighter pilot friends to become an honorary member of the Fighter Squadron, something of which he was extremely proud of.

Dick moved to Marshalltown with his family in 1967 and opened his dental practice. From that moment on, this town became the place he was meant to be, the home he loved. His first foray into community service was joining the Jaycee's where he met people who became his lifelong friends. Dick was committed to giving back to the town he loved and was involved in many organizations such as the First Congregational Church, Chamber of Commerce, and the United Way. He was chairman of the YM/YW Board in 1979 as well as a lifelong member of Rotary and the Iowa Dental Society. In 1971, he traveled to Haiti for 2 weeks to administer dental treatment to those without access.

One could go on and on singing Dick's praises, but these did not define him. What defined him was the way he lived his life. He was a simple, humble man who never put himself above others and believed everyone deserved fair treatment.

Family was everything to him. He was a loving father and grandfather, doting husband, and caring brother and son. Nothing brought him more joy than spending time with those he loved. What most people don't realize is that Dick had three families. His blood family, his office family, and his patients. Marshalltown Family Dentistry was just that- family. His staff started working there -and stayed. Their motto was "We are Family" and they were. His patients made up his 3rd family. He wanted to know them personally and never turned away anyone in need.

Dick loved life and being active. Some favorite pursuits included pheasant hunting, fishing at Ghost River, and following the Iowa Hawkeyes He loved spending time at his beloved Clear Lake home trying to teach his children's friends (many friends) to water-ski. Sometimes successfully, others not. Fortunately, no one drowned. He could also cut a mean jitterbug with Julie and always was the center of attention dancing to "Old Time Rock and Roll" at weddings.

My sincere condolences Julie, to you and your family.

My deepest sympathy. I enjoyed knowing him and visiting.he will be missed.

Dear Julie and family,
We express our condolences to you on the passing of Dick. Your great family has a special place in our hearts. We are thinking of you these days. God Bless You All and May Dick now Rest In Peace. Sincerely, Dave & Carol Eischeid

Best dentist ever! Loved his low-key sense of humor, he was easy to talk to & made a dental procedure easy to endure by getting me in & out, quick & painless. I've missed him.
My condolences to his family.
I also graduated with his daughter Beth in 1979.
RIP Dr. Squiers.

I couldn’t respect or love this man more. He was the best boss I ever had and also a great friend. He was always the best listener when I needed advice or to vent about marriage or kids. Always the best advice and I always took to heart everything he said. Dr. Squiers will always have a special place in my heart and I am so blessed to know him and will always cherish all the wonderful memories!❤️

Please accept our sincere condolences. Dr. Squiers was a wonderful man, and I can confirm that he treated me and my family as his family as we were all patients of his.

Sarah and the Squiers family, you are all in our thoughts and prayers for comfort and peace.

Julie and family,
We are so sorry to read of Dick’s passing. He and you are in our thoughts and prayers
Sheryl and David Thomas

Dr Squires liked being a dentist and you could know that by the way Dick treated his customers. My sympathy to his family.

I’m so sorry for your loss. Doc was one heck of a guy! Great memories at the many dental social gatherings through the years. We always had so much fun & he will be truly missed!! Dian Ferneau

Dr. Squires was our dentist for a number of years. We even came back to see him for check ups during the first few years that we moved to Texas. He was the best. Condolences to the family.

Wonderful memories of you, Dr. Squiers! No one had more enthusiasm for work or play. What a great boss! My condolences for Julie and family in the loss of such a kind husband and father

You were an awesome boss and individual! Rest in peace Dr. Squiers! God took back one of the best!!

The attached photos are added to the memorial of Dr. Richard M. “Dick” Squiers 05/27/2021 to help share their legacy.

Thank you for sharing your memory of Dr. Richard M.