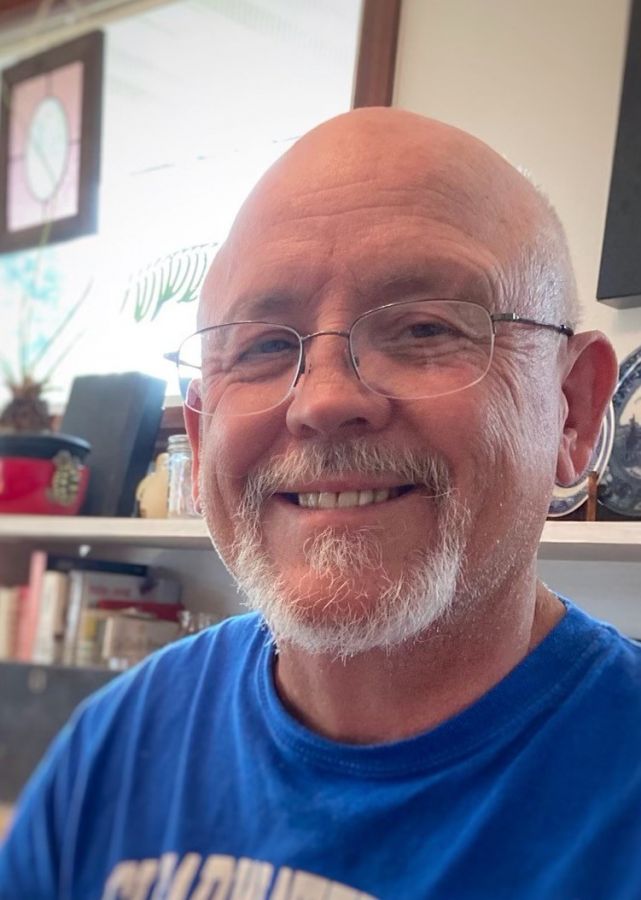 Gerry K. Downs, 69, of Marshalltown, Iowa transferred into the arms of his Savior on Monday, November 15, 2021 following a short illness, with his loving wife, loyal family, and Pastor Jacob and Pastor Dillon of Journey Church by his side.

A celebration of his life will be held at 11:00 a.m., Saturday, November 20, 2021 at Journey Church in Marshalltown. Following the service and luncheon, the burial will be in Maple Hill Cemetery in Montour, Iowa.

Gerry Kenneth Downs was born July 17, 1952 to Gerald M. and Donna (Dunham) Downs in Marshalltown, Iowa. He spent his early years in Montour, Iowa where the family resided. His family later moved to Marshalltown where he grew up working in the family's business of Downs Painting and Decorating, painting alongside his dad and brothers. He later accepted employment at Marshalltown Community School District in the Buildings and Grounds department, retiring in 2015, after 30 years of dedicated service.

Gerry met Debi at the House of Agape /Lighthouse youth ministries house, where they each endeavored to grow in their faith in the Lord Jesus Christ. They began their dating years by attending Bible studies, witnessing for Jesus, distributing Bibles, and riding their bicycles together. Gerry graduated from Marshalltown High School with the class of 1971, and was "born again" that same year when he believed, in faith, John 3:16. Gerry and Debi were lovingly united in marriage at the First Baptist Temple on November 10, 1973.

Just as Gerry was justified, "adopted" through the grace of God as a believer into the family of God, he had a passionate heart to provide a home for a child without a family. He and Debi researched this possibility, chose a Korean "Baby Home" for adoption, and chose their precious, firstborn daughter, 7 month-old, Autumn Jule Ewing Downs. Levi Meling Kenneth Downs was warmly welcomed as their second adopted child from Korea, and then born to this union was their beloved, Summer Jean Lela Downs.

Together with Debi, his wife of 48 years, they enjoyed spending time with their children and grandchildren, and nothing made him happier than taking his grandchildren out on his boat to fish. He was a devoted husband, father, and grandfather, and thought of his son-in-laws as his own sons. Always a thoughtful and kind person, Gerry ordered a dozen red roses to be delivered as a surprise to his wife on their 48th anniversary, while in the hospital fighting his illness.

He enjoyed gardening, spending time outdoors cutting wood in the family's timberland, and was a handyman, completely remodeling their first home. He made the best homemade eggrolls, which were savored by all. He was a member of Journey Church, where he served as an usher, greatly enjoyed his men's weekly Bible study, and was a Life Group member. Prayer and the Bible were part of his daily life. He had a patient heart for people with special needs and disabilities, cared about and loved people, and could be found praying with and encouraging staff during his last weeks in the hospital.

Gerry was preceded in death by his parents, Jerry and Donna Downs, father-in-law, Jim Ewing, brother, John Downs, and grandparents, Earl and Clara Downs of Montour, and Kenneth and Lela Dunham of Marshalltown.

Jesus said... "I am the resurrection and the life. Whoever believes in me, though he die, yet shall he live, and everyone who lives and believes in me shall never die."

He was a terrific foster brother! He will be missed by so many. I know I'll see him in heaven. May God grant you peace beyond all comprehension.

We met in 7th grade. Didn't take long to become best friends. We were from 7th grade through high school and a bit beyond. The thing I remember the most is how accepting Gary was of our friendship. He accepted me for who I was. Did not have anything to do with what I had or didn't have. He was there as a true friend.So many good stories I could tell. This is the most important one of all. He talked me into going down to Dallas Texas to a Billy Graham youth rally and it was there I met my Savior. So very thankful the Lord used Gary in such a special way. PTL ! And thank u Gary. Certainly my thoughts and prayers are with you Deb and your family and also the Downs family. (Not traveling because of a heart condition)

I met Gerry when his son upon becoming Levi's service provider. In my time in this field I have seen very few parents as involved, loving, and fiercely dedicated to giving their loved one the absolute best out of life as Gerry and Deb have consistently done for Levi. Gerry was always there to celebrate in all of Levi's successes as well as provide him with guidance in his times of need. Gerry's absence is felt deeply and he will be terribly missed. My thoughts and prayers are with your family during this difficult time.

I'm so sorry to hear of Gerry's passing. My deepest condolences to all of his family.

Just heard many prayers to your family sorry for your loss

I am so sorry to hear of Gerry's passing! Gerry was a colleague of mine for many years at Miller Middle School. I enjoyed working alongside him. He had a kind, compassionate heart. I enjoyed our conversations, many of which took place in the lunchroom at Miller at the end of 5th period. Gerry was a valuable member of the Miller Middle School staff. Condolences to family and friends.

It is with a heavy heart that I offer my deepest condolences to the family and friends of Gerry. He was a year ahead of me at B.R. Miller Jr. high and at MHS. It would be hard to find a kinder and more gentle soul than that of Gerry Downs. I am comforted that Gerry found his path to salvation, that he lived his faith and that he is in the arms of a loving God. He will remain an exquisite example of how one can strive to be blessed with true wealth and unassailable virtue. Rest in peace. Most Respectfully, Larry Daniels

Gerry, a friendly, smiling, kind , warm, person. He and Deb, a great pair and wonderful parents.
We all know he knew Jesus! -I know the family has that peace--Love, Peggy Buchwald

So sad to loose such a good friend and sweet spirit. Rejoicing knowing the joy Gerry felt as he huged his Savior. Thinking about growing up together at First Baptist Temple. All the Bible studies at the House of Agape and Lighthouse. Remembering when Gerry met the love of his life, Debi. It was beautiful to see how God brought them together through their love of Him. Remembering them riding their bikes to Bible study. Gerry always the gentleman. I was so blessed to sing The Lord's Prayer at their wedding in the Baptist Temple. Later in life working with the youth group at First Baptist Church.. Gerry was always up for shenanigans with the youth on game nights. He always took the time to speak with any youth about his love for Jesus and how that love changed his life.
Deb I'm walking with you in prayer and love as you walk this valley of sorrow. Sending prayers of comfort and love to the whole family.

So sorry to hear about this family's loss. Gerry was such a kind man who raised wonderful children. You are all in my prayers.

We are so sorry about Gerry's passing and offer our heartfelt sympathies to all of the Downs family. You are in my prayers. Bill and Dena Forret 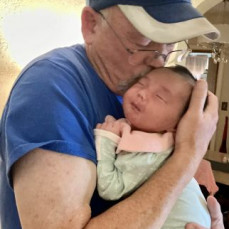 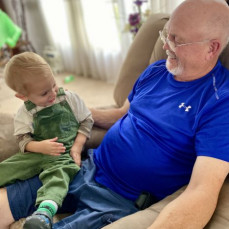 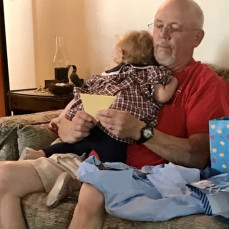 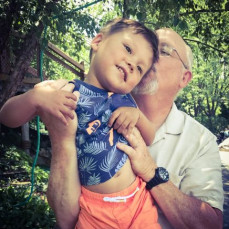 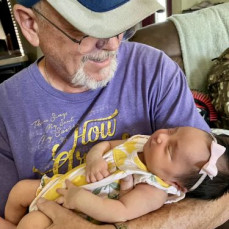 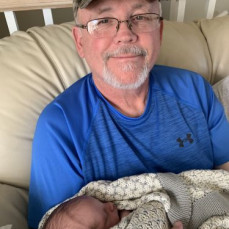 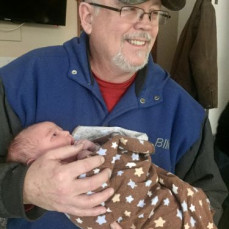 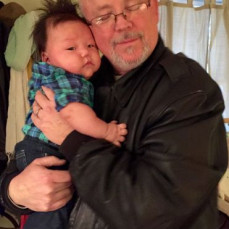 The services for Gerry have not yet been added. Please sign up below to be notified when the services are ready.

The attached photos are added to the memorial of Gerry Downs 11/15/2021 to help share their legacy.

Please help memorize Gerry Downs 11/15/2021 by recording your attendance below.

Thank you for sharing your memory of Gerry