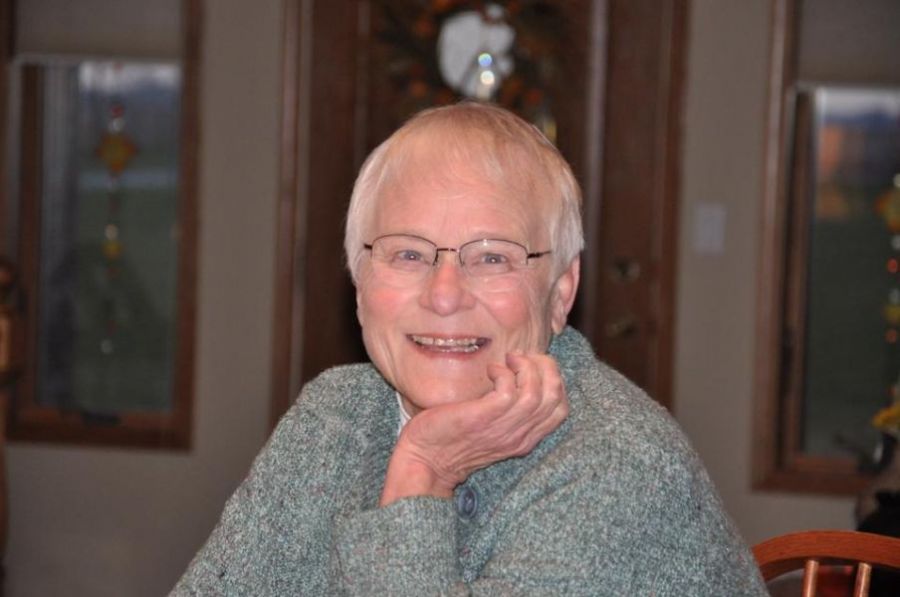 Sandra was born May 3, 1941 to Leon and Edna (Wilhimena Backen) Kesl in Tama, IA. She was raised in Southern Tama County graduating Tama High School in 1959. Sandra was united in marriage to Richard "Ed" Rowe in 1960 and was blessed with two children; Doug and Sharry. They later on divorced. In 1969, Sandra married Larry Raum and together had a daughter, Bonnie. Throughout her life Sandra worked as a Bookkeeper at Security Savings Bank in Marshalltown where she later retired in 2000. She was a member of the Women's Club, Peace Church Women's Fellowship, and the Legion Auxiliary. Sandra loved to bowl, play cards, volunteer at the Gladbrook Theater and enjoy coffee at the library on Friday afternoons.

Sandra's family, sorry to hear of your loss, prayers and thoughts go out to you today and the days ahead. Kesl siblings sorry to hear of the loss of your sister, since Gary being my classmate and the rest of you living south of where I did south of tama. Just read the tama paper and saw her obituary.

I worked with Sandy at Security Bank for 8 years and have only good memories of her! My condolences to all her family.

Always remember Aunt Sandra's smile and laughter. Very fond memories of going to Grandma and Grandpa Kesl's south of Tama every Sunday for a wonderful meal with all the aunts, uncles, and cousins. Aunt Sandra along with all her siblings played a cards in the afternoon while the grandkids rollerskated in the basement and did many other things. I always heard Aunt Sandra's laugh! Will always remember it. Cherish all the memories with Aunt Sandra, Uncle Larry, Doug, Sharry, and Bonnie and the Kesl gatherings. So glad to have had a nice visit with Aunt Sandra at Christmas.

We will always remember Sandy big smile and her laughter, we are so sorry to hear of your loss, keeping you family in our thoughts and prayers.
Brett, Joy and family.

So sorry for your loss, thoughts and prayers go out to the family

Sandy was a special person and I will remember our visit in her home and on the phone.

I worked many years with Sandy. What a wonderful person! My thoughts and prayers are with her family.

Thoughts and prayers for Wendy's family. I have spot of good memories with Sandy. She was a good neighbor and friend. Now she is with Larry. May she rest in peace.🙏💖

My deepest condolances to all of Sandy's family. She will be missed by so many friends and family. She was such a great sister-in -law and always had such a bubbly personality. I remember when we shared an apartment in Toledo. My prayers to all.

Our thoughts and prayers are with the family. Sandy was such a beautiful woman. With love Denis Raum Monthy and Sue Rowe

The services for Sandra have not yet been added. Please sign up below to be notified when the services are ready.

The attached photos are added to the memorial of Sandra Raum 01/14/2022 to help share their legacy.

Please help memorize Sandra Raum 01/14/2022 by recording your attendance below.

Thank you for sharing your memory of Sandra